This summer and autumn have seen many of Northern Ireland’s community cinemas begin to return to regular programming.

For instance, the Fermanagh Film Club, operating out of the Ardhowen Theatre in Enniskillen, will be showing I Never Cry (2020), a drama about a young Polish woman who travels to Ireland to claim her father’s body, on the 22nd. Coming back to screening are Portrush Film Theatre, who return on the 30th September with a screening of the Riz Ahmed film, Sound of Metal (2019) as part of the BFI FAN Film Feels season.

At the Queen’s Film Theatre, playing from the 13th to the 17th, Copilot (2021) follows a young couple whose world comes crashing down when the husband’s closely kept secret gets out. The screening on the 16th will be preceded by a special, recorded introduction from the director Anne Zohra Berrached and hosted by the feminist film organization Birds’ Eye View. From the 17th to the 23rd, there will be showings of Everybody’s Talking About Jamie (2021), a musical adapted from the hit stage show about a Sheffield teenager who dreams of becoming a star drag queen. While The Maltese Falcon (1941) is a classic film noir and Humphrey Bogart’s first claim to fame with his role as Sam Spade. A private detective on the winding path towards the killer of his business partner.

On the 18th, there will be a selection of shorts presented by the BFI Film Academy called Queer Stories all depicting different facets of queer life. The screening will be followed by a Q&A with Brónagh McAuley, who works as an intimacy coordinator.

On the 19th, the youth-oriented film programming organization Cinemagic will be hosting a screening of Even Mice Belong in Heaven (2021), a family friendly animation following a mouse’s trip to paradise. This follows another Cinemagic event, at the Ulster Museum on the 18th. On the date, as part of their regular screenings in the museum, they will be hosting morning and afternoon showings of the Pixar film Soul (2020) 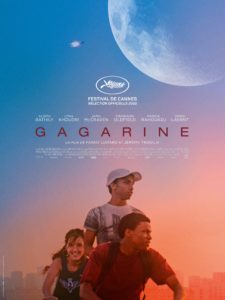 Back at the QFT, there’s a whole host of titles landing in the last week of September. Showing on the 23rd and the 24th, Oasis Knebworth 1996 (2021) is a concert film and document of a renowned gig performed by the legendary Manchester band. While from the 24th to the 30th, new releases including Gagarine (2020), a fantastical film set in the Parisian housing project Cité Gagarine before its demolition in the 2019. While The Green Knight (2021) stars Dev Patel in a reimagining of the Arthurian legend. There’s also a new version of Romeo & Juliet (2021), starring Jessie Buckley and Jack O’Connor, which will be playing on the 28th and 29th. 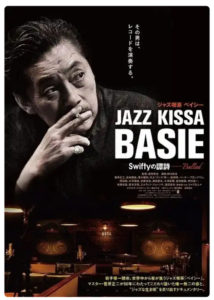 This autumn season will be chocked full of festivals, with the London Film Festival at the QFT and the Belfast International Arts Festival coming in October and the Belfast Film Festival in November. In the meantime, a new travelling BFI programme focusing on the rich cinema history of Japan will be making a small but substantial excursion to the QFT. On the 25th, there will be a screening of the documentary Jazz Kissa Basie: Swifty's Ballad (2019) about the eccentric Tokyo jazz bar owner Shōji Sugawara. This screening will also mark the launch of TOKYO JAZZ JOINTS, a photographic exhibition documenting Japan's jazz kissa culture which will be situated in the QFT throughout the month of October. Also, on the 26th, in collaboration with The Naughton Gallery and their SCREEN/PRINT series, there will be a screening of the Studio Ghibli/Hayao Miyazaki masterpiece Porco Rosso (1992). 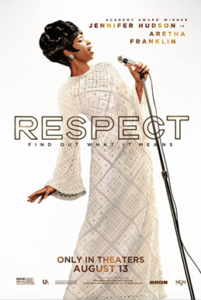 Now showing at the Strand Art Centre, Respect (2021) is a biopic starring Jennifer Hudson as the great Aretha Franklin. From the 22nd, they will be showing The Many Saints of Newark (2021), the feature length prequel to the beloved series The Sopranos, and from the 24th, Thomas & Friends: Race for the Sodor Cup (2021), a new animated film featuring Thomas the Tank Engine. September marks the return of one of The Strand’s key strands, their Silver Screenings series which on the 23rd and 30th will be presenting showings of the classic Rita Hayworth and Gene Kelly comedy Cover Girl (1944). 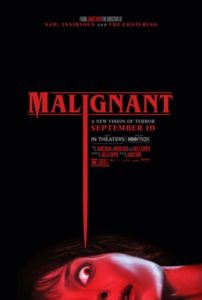 Over at Movie House Cinemas’ locations, you will also be able to see Thomas & Friends: Race for the Sodor Cup (from the 17th) and The Many Saints of Newark (from the 24th) and you can currently see Respect (at all locations). They are also playing the new Gerard Butler action film Copshop (2021), the new James Wan directed supernatural horror Malignant (2021), a brutal thriller sequel Don’t Breathe 2 (2021) and at City Side only, a Vinnie Jones starring crime film Rise of the Footsoldier: Origins (2021). From the 24th, there will be screenings of the David Lynch directed cult sci-fi epic Dune (1984), in anticipation of the new adaptation out in October.