A bumper two weeks coming up right across NI

The first two weeks of April and the Nerve Centre will both play host to this year’s edition of the Foyle Intercultural & Anti-Racism Film Festival 2022.

On the 1st, the CACity presents: Walled Cities season arrives with a showing of Giraffada (2013), a drama set in a zoo in Palestine’s West Bank. The screening will be followed by a panel discussion on the film and its politics led by three guest speakers and experts. On the 2nd you can see the Bette Davis classic All About Eve (1950) and the family-friendly fantasy film Clifford the Big Red Dog (2021).

On the 6th, there will be a parent & baby screening of Spencer (2021), which stars Kristen Stewart as Princess Diana, followed by a showing of After Love (2021), starring Joanna Scanlan as a widow grappling with revelations emerging after her husband’s death. On the 7th, you can see the Iranian anthology film There is No Evil (2021), and on the 8th, Citizen Ashe (2021), a documentary about tennis player and humanitarian Arthur Ashe.

On the 9th, there will be screenings of Some Like It Hot (1959) and The Boss Baby 2 (2021), and on the 11th, the Danish, alcohol-fuelled comedy Another Round (2020). On the 12th, there will be another special needs friendly screening with Easter Parade (1948), starring Judy Garland and Fred Astaire, and on the same day, they will show The Rider (2017), a docufiction set in the American West. The western theme continues on the 13th with Cry Macho (2021), the latest from Clint Eastwood, and on the 14th, the festival’s final film, First Cow (2019), a historical drama set in the Pacific Northwest.

On the 13th, Fermanagh Film Club continue their spring programme in the Ardhowen Theatre, Enniskillen, with a screening of Canadian-Lebanese drama Memory Box (2021).

Newcastle Community Cinema will have a busy month with British horror Censor (2021) showing on the 1st, Steven Spielberg’s Stephen Sondheim adaptation West Side Story (2021) on the 9th, the French fantastical drama Petite Maman (2021) on the 12th and mountain climbing documentary Climbing Blind (2019) on the 16th.

If you missed the screening of Man of Aran (1934) as part of Docs Ireland, there’s another chance to experience this pioneering work at the Seamus Heaney Homeplace on the 8th April. The screening will be accompanied by a live performance of Úna Monaghan’s soundtrack, performed by Síle Denvir, Úna Monaghan & Ceri Owen.

In April, at the Queen’s Film Theatre, you can see a host of new and special releases. From the 1st to the 3rd, there will be showings of River (2021), a documentary reflection on Earth’s waterways, while from the 1st to the 7th, there’s new releases like True Things (2021), a psychological drama starring Ruth Wilson and Tom Burke, and The Audition (2019), a German drama starring Nina Hoss as an obsessive violin teacher.

On the 2nd, Cinemagic will be wrapping up their On The Pulse festival with a showcase of shorts from the BFI Film Academy and the Cinemagic Creative and Digital Technologies Academy. And later that day, QFT’s own Lumi will present a screening of Rebellion (2021), a documentary about Extinction Rebellion, which will be followed by a Q&A with its directors.

On the 6th, Walled Cities will arrive at QFT with Giraffada. This screening will also be followed by a panel discussion. On the 5th and the 10th, there will also be showings of the latest Exhibition on Screen showcase, themed around the depiction of Easter across many eras and movements of art.

The Sonorities Festival, which is devoted to music and sound design, will be partnering with the QFT for free screenings of two experimental shorts, Douro – Symphony of a River (2019) and OUTLAND (2019), showing every lunchtime from the 6th to the 10th.

On the 7th, there will be a screening of Icelandic eco-satire Woman At War (2018), followed by a discussion with academics Prof John Barry and Dr Amanda Slevin. From the 8th to the 14th, you can see Compartment No. 6 (2021), a Finnish tale of unexpected romance, while from the 9th to the 11th there will be screenings of The Metamorphosis Of Birds (2020), an experimental, Portuguese memoir film about a family rupture.

On the 13th, there will be another outing from the Walled Cities season with Smuggling Hendrix (2018), a comedy about a dog who causes an international incident by crossing the border between Greek and Turkish Cyprus. 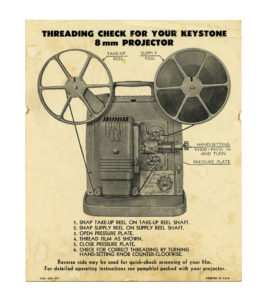 On 9th April the Strand are hosting the 'Reel Film Night' exploring the magic of Super 8 film. Shortened screenings of Dracula Prince of Darkness, The French Connection and Star Wars will be accompanied by shorts by artists who have used 8mm film as their canvas.

On the 7th there will be a special, 40th anniversary screening of The Dark Crystal (1982), a dark fantasy classic from Jim Henson and Frank Oz. On the 8th, another sequel opens with Fantastic Beasts: The Secrets of Dumbledore (2022), while from the 13th you can see The Lost City (2022), an adventure film parody and romance starring Sandra Bullock, Channing Tatum and Daniel Radcliffe.

At Movie House Cinema’s 4 locations, you can also see Ambulance and The Batman, and The Bad Guys, Morbius and Sonic the Hedgehog 2 will open from the 1st, with Fantastic Beasts opening on the 15th. From the 8th, they will also be screening The Outfit (2022), a thriller starring Mark Rylance as a tailor caught up in a gangster plot.