The Foyle Film Intercultural & Anti-Racism Festival is currently running in its 15th edition and in a virtual form. The festival is dedicated to exploring issues and ideas involving “prejudice, human rights abuses, inequality, and the climate emergency” through the medium of cinema, and so they are showing a diverse and exciting range of titles. 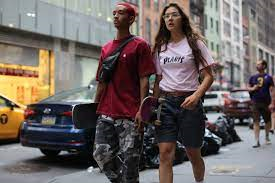 howing from the 12th to the 19th, Skate Kitchen (2018) is the first fiction feature from documentarian Crystal Moselle, following a New York teenager who falls in with all-girl skateboarding crew and for a boy skateboarder played by Jaden Smith. Cicada (2020), available from the 13th to the 20th, is a queer love story between two men haunted by their pasts. And from the 14th to the 21st, you can watch for free The Rape of Recy Taylor (2017), a documentary about the sexual assault of a young black woman in 1944 Alabama, the aftereffects when Taylor decided to fight her case and its connections to the Civil Rights Movement.

Family Romance, LLC (2020), showing from the 15th to the 22nd, is a fact and fiction blurring documentary from the highly prolific and legendary Werner Herzog. The film follows a Japanese man whose profession is to impersonate the recently departed for his clients, their bereaved loved ones. From the 16th to the 23rd, you can view two titles. Groundswell (2020) is an Irish documentary about how border communities fought private, and government led oil and gas extraction. The film also looks at the wider anti-fracking movement. This screening will be preceded by a pre-recorded introduction from director Johnny Gogan and will be followed by a Q&A with Gogan and farmer Dianne Little, who is featured in the film. Growing Up Downs (2014) is a documentary that tracks the experience of people with Downs Syndrome through the lens of a theatre troupe for actors with learning disabilities, Blue Apple Theatre, and their performance of Hamlet. There are also two titles showing from the 17th to the 24th, including another free admission. 66 Months (2011) documents the life of Nigel, a homeless man, over the course of six years, and his relationship to wider society and the state. Based on a true story, Love Sonia (2018) follows a young girl’s attempt to find and rescue her sister from the world of international sex trafficking. 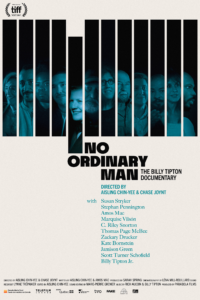 Both showing from the 18th to the 25th, Amá (2018) is a documentary that relays and examines the abuses that Native American women suffered at the hands of the United States government in the 1960s and 70s. While Boom for Real: The Late Teenage Years of Jean-Michel Basquiat (2017) is a look at the pre-fame years of the short-lived but enormously gifted painter. Showing from the 19th to the 26th, No Ordinary Man (2020) looks at the life of American jazz musician Billy Tipton, who found acclaim and fame in the 1940s through to the 70s, while keeping his identity as a trans man hidden. While Magic Medicine (2019), available from the 20th to the 27th, documents the first medical trial to investigate psilocybin (the psychoactive ingredient in magic mushrooms) and its use as a treatment for clinical depression.

Showing from the 21st to the 28th, Hidden Heart (2019) follows three second-generation British women who have found love outside their faith and so have been struggling with ostracism and other tensions. While The Penalty (2019), available from the 22nd to the 29th, is an investigative documentary that looks at the effects of capital punishment within the United States. I Am Belmaya (2020) follows a young Dalit woman in Nepal who attempts to escape the restrictions of her class, gender and an abusive marriage by venturing into becoming a documentary filmmaker. The Divide (2018), showing from the 24th to the 1st of May, takes a more purposely disparate approach. Looking at the gap between the wealthy and everyone else by following 7 lives in the US and the UK. Also available within the same time frame, The Town of Strangers (2018) looks at many individuals but situated within a single community, as it explores the lives of foreign nationals in the village of Gort, Co. Galway.

The festival will conclude with two titles showing between the 25th and the 2nd of May. Available to book for free, Making Montgomery Clift (2018) builds a portrait of the celebrated but troubled actor, co-directed by Hillary Demmon and Clift’s nephew, Robert Clift. While the greatly acclaimed Minari (2020), starring Steven Yuen, is a drama inspired by its director Lee Isaac Chung’s own childhood. It follows a Korean family in the 1980s, who decamped for the rugged American Ozarks in order to make a life for themselves as farmers.

More information about the festival, its programme and booking can be found at the Foyle Film Festival website.