This week, the Belfast Film Festival returns. From the 4th to the 13th, the team will be bringing a wide array of films, guests and special events to venues around the city and online, for its 26th year and 21st edition.

On the 4th, the festival will kick off at the Strand Arts Centre with the classic screwball comedy, Bringing Up Baby (1938), starring Cary Grant and Katherine Hepburn and directed by Howard Hawks. Later at the Queen’s Film Theatre, you can see Cow (2021) on observational documentary following the life of a dairy cow, directed by Andrea Arnold. While at the Waterfront Hall, there is a gala screening of Belfast (2021), an autobiographical work by Kenneth Branagh, starring Jamie Dornan, Judi Dench, Ciaran Hinds and Caitriona Balfe. This screening is the film’s Irish premiere and will be introduced and attended by Branagh and members of the cast. From the first day you can also access online an interview with veteran stage, television and film producer Chris Parr, as part of the festival’s After Image series. 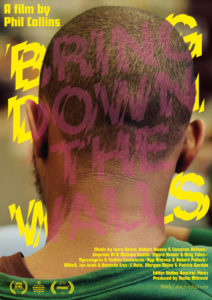 On the 5th, at the Ulster Museum, there will be a unique collection of films. Assemble (2021) is a trilogy of shorts, made in a collaborative process with young people from Fingal and Balbriggan on the theme of the civil rights struggles in America and its influence in Ireland. Over at The Strand, Billy Boy (2021) is a fiery new filmed play about bonfire builders. While over at the Beanbag Cinema, you can see Michael Douglas and Kathleen Turner in The War of the Roses (1989), from director Danny DeVito. This screening will be introduced by composer David Newman and presented by broadcaster Tim Burden and Braid Film Theatre. The Storms of Jeremy Thomas (2021), screening at the Odeon, is the latest from the prolific Mark Cousins. It features Cousins in conversation with adventurous producer Jeremy Thomas, during a 1000km road trip to Cannes. At the QFT, you can see Bring Down the Walls (2020), a documentary tying house music with the prison abolition movement, followed by a Q&A with its director Phil Collins. And online, the After Image series continues with screenwriter and director Terry George.

The 6th is one of the festival’s busy days, with two special all day events. The Short Film Competition at the QFT will feature a diverse range of new Irish work. While over at the Strand, you can drop in and attend Spence Brothers: The Men and their Movies, a day of screenings and talks with these key Northern Irish filmmakers and genre masters. Over at the Ulster Museum, the Digital Film Archive, BBCNI and curator Peter Wells present Old Comrades from a By-Gone Era, a conversation and screening with pioneering broadcasters, Adrienne McGuill, Andy Crockart and Walter Love. Back at the Strand, in its studio space, filmmaker Vincent Kinnaird will be hosting an 8mm and 16mm night, projecting work from local filmmakers and other cult and classic sources. While at the Black Box, there will be a screening of the brand new archive film documentary The Shapes Between Us: NI Dance Music Culture on Screen (2020) about Northern Irish dance music culture in the 80s and 90s, with an afterparty hosted by DJ Phil Kieran. At the QFT, veteran Irish filmmaker Jim Sheridan will be in attendance for a talk, about his art and career. While at the Odeon, you can see Northern Irish horror Mandrake (2021). As part of the online programme, you can also watch Bedrock Docs (2021), a series of short collaborations between local filmmakers and community organizations.

On the 7th, the short film programme continues with its Official Selection at The Black Box. Screening at the QFT, Bonfire (2021) is a short film set in the 70s, following a young bonfire builder as he discovers a love for photography. While Can’t Cry (2021), at the Strand, is another short, about an undertaker with father issues and a passion for acting. In a gala event at the Odeon, there will be a premiere of Lyra (2021), a documentary about Lyra McKee. Also at the Odeon, Fires in the Mountain (2021) is an Indian drama set in a Himalayan village, about a woman attempting to find treatment for her ill son against the wishes of the religious elders. Hosted by the QFT, The Black Irish Onscreen is a talk and screening with scholar Dr. Zélie Asava on the history of black Irish representation on screen. While Changeling (2021), showing at the Strand, is a short film following a family’s struggles during a time of famine. As part of the festival’s Japan programme, there will be a screening of Sonatine (1993), an eccentric crime film and black comedy from actor and director Takeshi Kitano, at the Beanbag Cinema. While over in the Harty Room in Queen’s University Belfast, there will be a screening with live accompaniment of The Informer (1929), an early adaptation of the Liam O’Flaherty novel.

Showing on the 8th at the QFT, Keep It a Secret (2021) is a documentary about surfing pioneers, chasing the wave during The Troubles. Hope (2019), screening at the Odeon, is a Norwegian drama and fractious family portrait starring Stellan Skarsgård. While at the Beanbag, the Japan programme continues with Extreme Private Eros: Love Song 1974 (1974) an uncompromisingly intimate documentary following a woman trying to pursue a radical, new life. On the 9th at the QFT, there’s an afternoon screening of Dog Day Afternoon (1975), the Al Pacino classic. Over at the Strand, East Belfast Boy (2021) is a film featuring the work of local dancer Ryan O’Neill. While back at the QFT, Women vs Hollywood: The Fall and Rise of Women in Film is a talk with journalist Helen O’Hara, inspired by her new book of the same name. Showing at the Odeon, Once Upon a Time in Calcutta (2021) is a Bengali drama about a woman who, following the loss of her daughter, embarks on a difficult journey of self-discovery. At the Black Box, you can see Bad News & Good Vibrations: NI on Screen, an essay film and a personal history of Northern Irish cinema from filmmaker Colin McKeown, who will be in attendance and conversation at this event. While at the Beanbag, there will be a screening Pulse (2001), the legendary horror film from Kiyoshi Kurosawa. 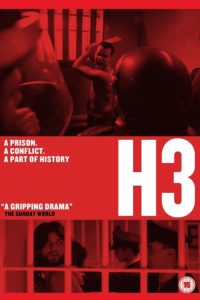 On the 10th, go to the Strand for a cinematic tour of Belfast’s ‘picture palaces’, hosted by Noel Spence. The Way We Were (1973), showing at the QFT, is a classic starring Barbara Streisand and Robert Redford as a political activist, a screenwriter and a couple who get caught up in the Hollywood Blacklist. Showing at the Strand with director Cameron Menzies and crew in attendance, Old Friends and Other Days (2021) is a local but epic opera film. While over at the QFT, there will be a conversation with Bríd Brennan, on her career as one of Ireland’s greatest actors. In the Odeon, you can see H3 (2001), a drama set during the 1981 Hunger Strike, followed by a Q&A with its director and producers, and Hotel Poseidon (2021), a Flemish black comedy set in a macabre hotel. To Sleep So as to Dream (1986), showing at the Beanbag, is a dream-like ode to silent Japanese cinema. While at the Black Box, you can see Sam and Mattie Make a Zombie Movie (2021), a documentary about two friends with Down syndrome who rally the citizens of Providence for their filmmaking endeavour.  At the Central Market, there will be a special dive into the archives with 100 Years of Happiness (2021), a collage of Northern Irish life and its pleasurable pursuits with a live score by The Organauts.

On the 11th at the QFT, there’s another archive event with Tapes from the Attic (2021), featuring interviews with republican prisoners and hunger strikers recorded in 1990. For its 80th anniversary, The Maltese Falcon (1941) starring Humphrey Bogart will be playing at the Strand, while at the QFT, Palestinian Cinema Days have curated a screening of shorts made in and about the country.  Doineann (2021), an Irish-language production starring Bríd Brennan, will be having it gala premiere at the Odeon and a collection of Irish shorts, entitled Goat Songs, will precede the Vincent Price starring Theatre of Blood (1973) at the Strand. 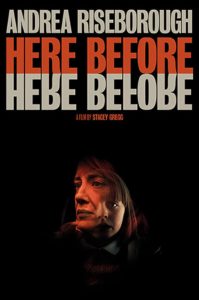 On the 12th, Bedrock Docs will be getting an in-person screening at the QFT, while at the Strand, short film Snatch and Grab (2021) about a pair of feminist acrobats, will be followed by the medium-length circus comedy The MacCarnysons (2021). The Brassneck Theatre Company will also be presenting a selection of shorts, at the Odeon. Over at the Beanbag, you can see one of the major classics of Japanese cinema, Sisters of the Gion (1936), directed by Kenji Mizoguchi and at the QFT, Bad Luck Banging or Loony Porn (2021) is a chaotic and scathing Romanian satire about a teacher who faces double standards and the potential loss of her job when a sex tape is leaked. The festival’s last day, the 13th, brings a trio of events. Hit the Road (2021), showing at the QFT, is an Iranian road movie and debut from Panah Panahi, the son of the great Jafar Panahi. Here Before (2021), showing at the Odeon, is a Northern Irish psychological drama starring Andrea Riseborough. While at the Beanbag, Hakuchi: The Innocent (1999) is a tale of alternative history, set in a Japan stuck in a never-ending World War II.

More information about the schedule, ticketing and other information can be found at the festival’s website.