Now that public covid-19 restrictions have been eased again, Northern Ireland’s cinemas are open in time for the Christmas season. 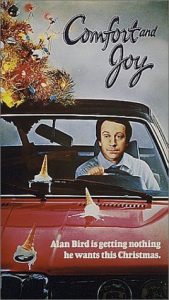 In Belfast, at the Queen’s Film Theatre, you can see a wide mixture of holiday classics and new titles. There will be screenings of Comfort and Joy (1984), Bill Forsyth’s comedy about a man whose life fall apart on Christmas eve. It will play until the 17th, along with the Macaulay Culkin and Joe Pesci starring caper Home Alone (1990), which will also play on the 23rd and 24th. A Christmas Carol (2020), a new stage bound, dance version of the Dickens classic, with the voices of Andy Serkis, Martin Freeman and Daniel Kaluuya, will play from now till the 24th. Along with The Muppet Christmas Carol (1992), starring Michael Caine, and that other classic tale of seasonal redemption, It’s A Wonderful Life (1946), starring James Stewart. While several other Christmas regulars will play from the 18th to the 21st (Die Hard (1988)) or to the 23rd (National Lampoon’s Christmas Vacation (1989) and Miracle on 34th Street (1947)).

The new releases at the QFT include Wolfwalkers (2020), the newest animated reimagining of Irish myth from the studio Cartoon Saloon. Ma Rainey’s Black Bottom (2020) stars Viola Davis and the late Chadwick Boseman in a biopic of the legendary blueswoman, and Crock of Gold: A Few Rounds With Shane McGowan (2020) features new and archival footage of the iconic singer and frontman of The Pogues. All three titles will play from today until the 17th.

While over on the QFT Player, on the 16th, critic Mark Kermode will virtually host his regular movie night with a screening of Mark Jenkin’s striking debut feature Bait (2019). 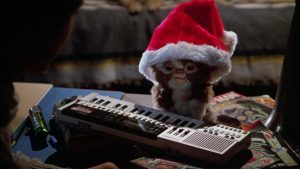 At the Strand Arts Centre, you can also see A Christmas Carol, both the new version, which will screen until the 24th, and The Muppets version, which will play the 19th and the 24th. They will also screen National Lampoon’s Christmas Vacation, on the 15th, It’s a Wonderful Life, on the 17th and Home Alone, on the 24th. In addition, you will be able to see various Christmas or wintry classics like The Shining (1980), tonight, the 14th, Gremlins (1984), on the 20th and Elf (2003), on the 19th and 24th.

Various new and newer releases will play until the end of December. Including the Christmas themed sequel to A Streetcat Named Bob, called A Christmas Gift for Bob (2020), and family animation Saving Santa (2013), which will play until the 23rd, along with Wolfwalkers and Space Dogs: Return to Earth (2020).

Until the 24th, you can see Superintelligence (2020), a science-fiction comedy starring Melissa McCarthy, superhero sequel Wonder Woman 1984 (2020), Come Away (2020) a fantasy film starring Angelia Jolie and Let Him Go (2020), a tearjerker starring Kevin Costner and Diane Lane. And there will be some special events, such as What is the Word, a Samuel Beckett themed event which will play on the 17th. 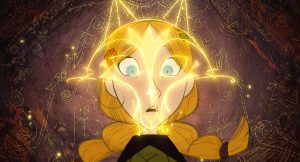 Movie House have a wide range of Christmas offerings, including Elf, Home Alone and the latest version of A Christmas Carol, and also some new offerings from the US including Words on Bathroom Walls (2020). Movie House are also screening two Irish films just out, Wolfwalkers and the Northern Ireland Screen funded Pixie (2020), shot right here in NI.

Though if you are interested in more local and unusual Christmas fare, try NI Screen’s Digital Film Archive and their Super 8 Stories series , which has several decades worth of Northern Irish Christmas past.

More details about booking, social distancing measures and complete listings can be found at each cinema’s website, details of which are collated here as part of Film Hub NI's #backtocinemaNI campaign.