Docs Ireland is returning from the 25th to the 29th with a combined in-person and virtual edition. Local and international excursions into cinematic non-fiction will be shown in venues all across Belfast and on the Belfast Film Festival/Docs Ireland website.

On the 25th, the festival opens at the Ulster Museum with a screening of Becoming, Taiwan, a programme of shorts from the disputed island nation. Also in the museum, you can see a double bill of re-enacted historical tales from modern Ireland, with the Irish-language The Queen V Patrick O’Donnell (2021) and the short romance, Ireland's Greatest Loves - Michael Collins & Kitty Kiernan (2021). Over at the Odeon, they're showing Keep Marching (2020) about the recent fight to include the LGBTQ+ community in New York’s famed St. Patrick’s Day parade. 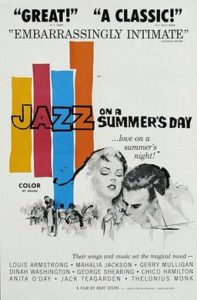 At the Queen’s Film Theatre, you can see Ultraviolence (2020), which uses archival footage and new interviews to examine decades worth of killings in police custody in the UK. Solidarity (2019) documents the activities of the Blacklist Support Group, a UK-based organization who offer support for those blackballed by the construction industry for union membership or criticizing working conditions, while Father of the Cyborgs (2021) is a portrait of the pioneering, Irish neuroscientist Dr. Phil Kennedy. The day’s events will close with a special screening in the Hidden Huntley estate’s walled garden, located in Sir Thomas and Lady Dixon Park. The film in question is Jazz on a Summer Day (1959), a classic concert film featuring the likes of Thelonious Monk, Chuck Berry, Dinah Washington and Louie Armstrong. 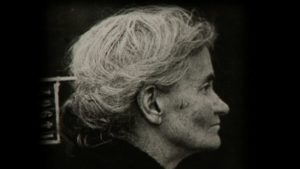 The 26th will see a series of special shorts programmes, including two screenings dedicated to BBC Spotlight at the Ulster Museum in an ongoing retrospective of the investigative show which will last the length of the festival. While over at the Black Box you can watch this year’s Out of Competition Shorts selection. Also at the museum, Violet Gibson, The Irish Woman Who Shot Mussolini (2020) profiles this important but neglected figure. And at the Odeon, you can see a latter-day tale of injustice with Untold Secrets (2021), a profile of Anna Silke, one of the survivors of the Tuam Mother & Baby Home. 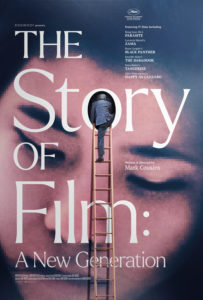 Mná Na Bpíob (Women of the Pipes) (2021), screening at the Black Box, is a demonstration of the native Irish instrument, the uilleann pipes, as lead by Louise Mulcahy and performed by her and other musicians. Over at QFT, Notturno (2020) is the new film from acclaimed Italian documentarian, Gianfranco Rosi and a striking collage of life amidst the conflicts in the Middle East. The Story Of Film: A New Generation (2021), is Mark Cousins’ follow-up to his epic length film-history The Story Of Film: An Odyssey (2011). Cousins will be presenting a thirty-minute preview of his new film, followed by a discussion. While Castro's Spies (2020) offers a unique incident in the history of espionage, using footage from the Cuban Film Institute and first-hand accounts to relay the story of a team of Cuban intelligence agents in the 90s who went undercover in the United States. 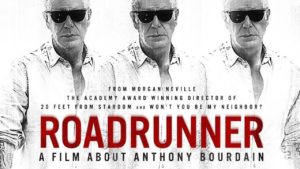 On the 27th, there will be a continuation of the BBC Spotlight retrospective at the Ulster Museum, as well as Made of Truth: Visions from the UK, a programme of shorts commissioned from young, UK filmmakers by the BFI. At the Odeon, there will be a screening of Roadrunner - A Film About Anthony Bourdain (2021), an exploration of the late, beloved celebrity chef. Over at the QFT, you can see Writing With Fire (2021), which tells the story of India’s only newspaper run and written by Dalit women. Bank Job (2021) follows a community’s attempt to set up their own bank and currency, while A Worm in the Heart (2020) is an ad hoc look at LGBTQ+ life in six Russian cities. 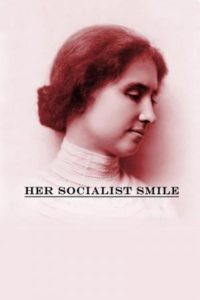 On the 28th, the Odeon will be screening Ryan McMullan: DEBUT (2021), which follows the singer-songrwriter as he records his debut album, and Lydia Lunch: The War is Never Over (2020), a portrait of the New York iconoclast and musician by her contemporary, the great punk filmmaker Beth B. At the QFT, you can book Her Socialist Smile (2020), an experimental evocation of the life and beliefs of deafblind activist and life-long socialist, Helen Keller, from radical filmmaker John Gianvito. WITCH: We Intend To Cause Havoc (2019) is a retrospective look at the band Zambian band WITCH and their place within the extraordinary ‘Zamrock’ scene of the 1970s. While Dear Future Children (2021) travels between Hong Kong, Chile and Uganda to capture the work of three young female activists and the heart of great turbulence and change. While All Light, Everywhere (2021) is a multi-stranded, experimental documentary about the effects of camera surveillance, by the police and private actors, in the city of Baltimore and beyond. Also, on this date you can attend the Doc Ireland’s Irish Short Film Competition and see several shorts by many of the island’s young filmmaking talents.

On the 29th, the festival’s final day, you can head to the Odeon to see Oliver Sacks: His Own Life (2020) about the life and work of this famed neurologist and writer. At the Ulster Museum, there will be the conclusion of the BBC Spotlight retrospective and as well as a programme from Dublin-based organization AEMI, highlighting the work of the independent, Latin American based film distributor, Kino Rebelde. At the QFT, The Long Note (2019) is a look at women's participation in the Civil Rights Movement and their exclusion from its history. Tribe of the Gods (2020) charts the history and present-day struggles of Tory Island, an autonomous Gaeltacht community off the coast of Donegal. While Eamonn McCann: After Dark (1988) is an in-depth television discussion with the Derry socialist and trade unionist, followed by a Q&A with McCann himself, reflecting back.

From the 25th onwards, there will also be titles and special content available virtually. Produced by the festival along with the NI Screen's Digital Film Archive, After Image will be a series of interviews with key figures in Northern Irish cinema, including Michael Hewitt and Dermot Lavery of DoubleBand Films and legendary filmmaker Margo Harkin. 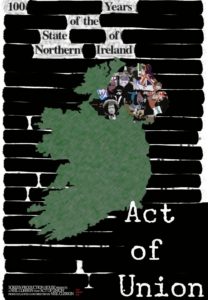 Act of Union (2021) examines the contrast ways of telling the story of The Troubles, while Far Eastern Golgotha (2021) follows a taxi driver in Russia's far east who starts up a politically pointed YouTube channel. Four Seasons in a Day (2021) is an observational documentary about a ferry crossing on a lake on the border between the Republic and Northern Ireland, and Ambulante Beyond (2021) is a series of diaristic short films following two eleven year old best friends, Isa and Zoe, as they talk about their lives and their friendship.

More information about the festival and links to book can be found here.