The end of June sees the start of one of the major events of Belfast and Northern Ireland’s film Calendar, Docs Ireland. The 4th edition of Ireland’s premier documentary festival will run from the 29th to the 3rd of July, with a diverse array of events leading up to and during the festival. 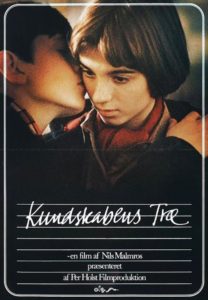 Before the main festival, Docs Ireland will host a Fringe Festival; a day curated by its apprentice programmers, taking place at the Beanbag Cinema on the 25th. It will kick off midday with Mnemosyne, Mother of Muses (1987) and Tree of Knowledge (1981), two films by the great American experimental filmmaker Larry Gottheim. Showing in the afternoon, Small Talk (2016) is an intimate, queer-themed Taiwanese documentary about dysfunctional mother-daughter relationship. This mini-festival closes with an evening of two Werner Herzog docs, The Great Ecstasy of Woodcarver Steiner (1974) and God’s Angry Man (1981).

The festival’s first day, the 29th begins in the afternoon at the Ulster Museum with Ar Lorg na Fírinne (Game of Truth, 2022), an Irish-language account on the legacy of The Troubles. Later in the same venue, you can see UTV’s Women: Then and Now, an archive event focused on the portrayal of women in 1960s Northern Ireland. Over at the Queen’s Film Theatre, Kurt Vonnegut: Unstuck in Time (2021) is a portrait of the unique author, while Nothing Compares (2022), showing at Cineworld, relays the life and art of Sinéad O’Connor. At the Odeon Victoria Square, My Old School (2022) is a bizarre true story of assumed identity, featuring Alan Cumming, while This Rain Will Never Stop (2020), showing at the QFT, is an experimental account of a young refugee. 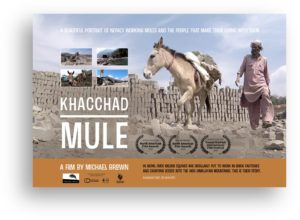 On the 30th, at the Odeon, you can see Where is Anne Frank (2021), an animation inspired by Anne Frank’s imaginary friend Kitty. The Crescent Arts Centre will play host to several special events and talks, including the audio doc Assume Nothing: The Heiress and The General (2022), followed by a Q&A, a discussion on the place and future of docs on BBC’s iPlayer, and a discussion on the state of journalism in 2022. The archival space documentary Apollo 11 (2019) will show at the Ulster Museum, while in the evening, Terrence Malick’s visionary Voyage of Time: The IMAX Experience (2016) will screen at Cineworld. At the QFT, you can see The Princess (2022), about the life and death of Diana, followed by a Q&A with its director. Brick Mule (2022) is a fly-on-the-wall of working mules in Nepal, and Tramps! (2022) offers a retrospective on the ‘New Romantics’. As I Want (2021), showing at the Beanbag, is a document of a women’s rebellion in Cairo, 2013. 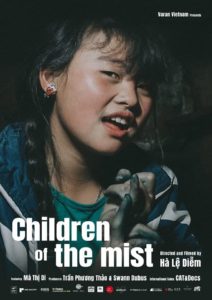 The 1st, at the Europa Hotel, will be jam-packed with industry events, with many discussions and talks on the Northern Irish film industry and its future. At the Ulster Museum, you can see Let Us Be Seen (2022), an exploration of grassroots feminism in Belfast, and The Peculiar Sensation of Being Pat Ingoldsby (2022), a portrait of the writer. At the Ulster University, there will be a showcase of shorts by Screen Production students, and later, an interview with the legendary Kim Longinotto. In the Beanbag, you can see Living in a Box (2021) which documents the NI charity Open Arts during the pandemic, and Children of the Mist (2021), about ‘bride-kidnapping’ in the Hmong villages of North Vietnam. Over at the QFT, there will be the new Arena doc James Joyce’s Ulysses (2021), a true tale of love, volcanos and tragedy with Fire of Love (2022) and theatricalized take on the experience of being HIV positive with How to Tell a Secret (2022), which will be followed by a Q&A with its director. Bedrock Docs, a collection of freshly and collectively made short films, will show at the Odeon, and over at the Oh Yeah Centre, you can see Songs for Drella (1990), which captures John Cale and Lou Reed during their renowned reunion concert and album. 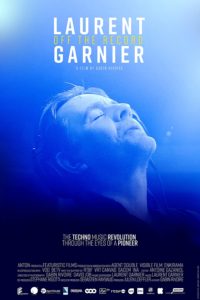 On the 2nd, at the QFT, you can see this edition’s Short Irish Documentary Competition, followed by a group Q&A. The QFT will also host a Tribute to Marilyn Hyndman, a key figure in the Belfast Independent Film Workshop, Northern Visions and NVTV who sadly passed earlier this year. This celebration will include a screening of two of her films. Later at this venue you can see The Afterlight (2022), a meditation on death and cinema that exists on a single 35mm film print, followed by a Q&A with its director. The Last Shelter (2021) is a Malian film about a migrant’s shelter in the Sahara, and Laurent Garnier: Off The Record (2021) is a look one of the ‘godfathers of house music’. Showing at the James Connolly Centre, We Never Gave Up (2022) is an investigation into the legacy of South African Apartheid, from Belfast filmmaker Cahal McLaughlin, who will be present for a Q&A, and Nowhere to Hide: Clann Naofa Boxing Academy (2022) is a history of the Dundalk boxing school. There will be more industry events with a NI Screen feature documentary pitch at Ulster Museum and a talk on ‘Fair Use’ and archival cinema at the Queen’s Film Studio. In the evening, you can see Kim Longinotto’s Sisters in Law (2005) at the Beanbag, and The Mac will host four new ‘audio-visual works’ called The Looking Glass Anthology. 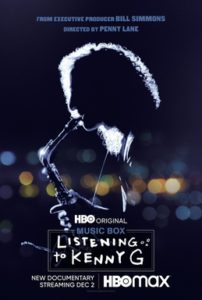 On the final day of the festival, the Strand Arts Centre will screen Stories That Shaped The Strand, a short film about their history, which will be followed by a tour. The last title at the Beanbag will be The Balcony Movie (2021) which centres on conversations between the director and his neighbours. Over in Black Box, you can see the Short Documentary Official Selection and not only the earth we share (2021), a portrait of Sailortown. At the QFT, Nothing Compares will get a second showing, and the Dublin-based organization AEMI will co-present Come away, O human child!, a shorts programme curated by filmmaker Myrid Cartin, featuring her new work Sorrow had a baby (2021). At this venue, you can also see An Buachaill Geal Gáireach (The Laughing Boy, 2022), the trilingual new feature from Alan Gilsenan, Come Back Anytime, on the life of a ‘ramen master’, the Ethopian psychedelia of Faya Dayi (2021) and the closing night title, Listening to Kenny G (2021).

Visit the website for further event and booking details.