Your guide to the best independent cinema events across NI from Feb 14th- 29th.

The back half of February is one of the busiest times for independent cinema exhibition in Northern Ireland. Not least of all because of this year’s edition of Northern Ireland Science Festival, whose cinema offerings are largely family oriented and based in the Ulster Museum. Including The Lorax (2012) on the 21st, a VR workshop following a screening of acclaimed Irish animation Song of the Sea (2014) on the 22nd and then on the 23rd, the blockbuster documentary March of the Penguins (2005). Also organised in conjunction with the festival is a tour of the Strand Arts Centre, paired with an archive screening on the history of Harland and Wolff. 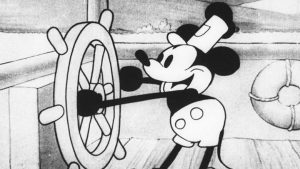 Cinemagic's On The Pulse series of short films for young people will also be setting sail at the HMS Caroline on the 29th with some classic toons, such as Steamboat Willie (1928) and a collection of Looney Tunes shorts. That same day, the series continues with Wilde Stories, a triple bill of animated shorts based on Oscar Wilde’s children’s fiction, screening at the Ulster Museum.

Animation and documentary, and both the past and the present, can be found among Queen’s Film Theatre’s listings for the next two weeks. Emmient Monsters: A Manual For Modern Torture (2020), a documentary marking the modern history of government sanctioned torture, will screen on the 16th, followed by a Q&A. While on the 19th, The Japanese Foundation will support a screening of I Go Gaga, My Dear (2019), the debut documentary from director Naoko Nobutomo, who will also be present for a Q&A. The QFT will host not only play host to the viewing of documentaries but also discussions of its practice. As part of a series called Beyond Documentary, organised by Queen’s University Belfast’s Centre For Documentary Research, renowned critic and academic Dr. Erika Balsom will give a free lecture entitled Wang Bing’s 15 Hours and the Chimera of Endlessness on the 19th, drawing attention to one of the great figures in world cinema cinema today. On the 27th, QFT will host another special screening.

Funded by Film Hub NI and presented by the theatre’s young programmers initiative Lumi, The Rocky Road To Equal Marriage: How Did We Get Here? (2020) is a film that will use archive footage, drawn from BBC NI, UTV, NVTV and other sources, to mark the long lead-up to the marriage equality campaign and the legalisation of same sex marriage. This screening will be followed by a panel discussion. (And for the sake of ethics, this author will make clear that he was employed as a researcher on this project)

The end of February will also see two helpings of camp. One from QFT strand’s Screen/Print and its screening of The Adventures of Priscilla, Queen of the Desert (1994) on the 22nd. The other from Lumi who will bring vampire kitsch The Lost Boys (1987) on the 26th.  Meanwhile, the Belfast Film Festival continue with their season of Chinese Cinema at the QFT. On the 23rd they will show the sweeping melodrama Farewell My Columbine (1993) and on the 29th they will show an classic animation of an age-old tale with The Monkey King: Havoc In Heaven (1964). While on the 19th at the Beanbag Cinema, the Ulster Film Office will be showing Italian exploitation film Wild Beasts (1984).  Back to the QFT, from the 21st to the 23rd, a restoration of A Streetcar Named Desire (1951) will play. And as for new releases, Austrian auteur Jessica Hausner makes her first English-language film with Little Joe (2019). A tale of weird science and romance starring Emily Beecham and Ben Whishaw that will screen from the 21st till the 27th. 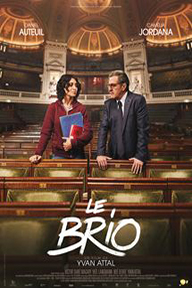 There are alternatives not just in Belfast but all across Northern Ireland. Like in the Dungannon Film Club  who on the 20th will be showing in Ranfurly House, Armagh Stories (2015), a documentary about the Armagh Gaol. While Fermanagh Film Club, based in Waterways Ireland, Enniskillen, will be showing the French farce Le Brio (2017) on the 26th. Aurora Community Cinema in the Kilbroney Primary School in Rostrevor will get its turn of the Film Hub NI supported comedy A Bump Along The Way (2019) on the 29th while Newcastle Community Cinema  will be showing two films. Judy (2019, the recent biopic of The Wizard of Oz star with Renee Zellweger in the title role, on the 22nd and Dora and The Lost City of Gold (2019), a live action version of the children’s cartoon, on the 23rd. The Flowerfield Arts Centre in Portstewart will themselves venture into animation with cult favourite Cowboy Bebop (2001) on the 29th.

Back in Belfast, the Ormeau Community Cinema will show Shaun The Sheep: Farmaggedon (2019) in Ormeau Bowling Club on the 22nd and Romeo + Juliet (1996), starring Leonardo DiCaprio on the 25th  in The Pavilion Bar.While as part of the Brilliant Corners Jazz Festival, gig promoters Moving On Music will bring several films to the Beanbag Cinema. Starting on the 28th with The Connection (1961), the debut feature of New York avant garde legend Shirley Clarke, and Imagining The Sound (1981), a documentary on Toronto’s 1960s free jazz movement that will screen on the 29th. 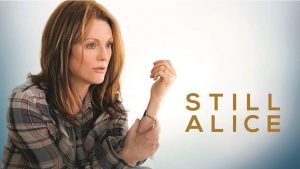 On the 27th, Flowerfield Arts Centre  will host a dementia friendly screening of the classic Scottish comedy, Whiskey Galore! (1949) While on the same date, in a similar vein, the Portrush Film Theatre, based in the town’s Playhouse, are putting on drama Still Alice (2014), starring Julianne Moore, as part of an Alzheimer’s awareness event. Outside of specific events, audio description and subtitled screenings are available, depending on the showing and inquiry, at the Queen’s Film Theatre, the Strand Arts Centre and all Movie House, Odeon, Omniplex and IMC sites. All of these venues also provide free carer tickets on request.