Welcome to the new fortnightly roundup of brilliant film screenings and events across Northern Ireland.

It’s the dead of winter and yet cinema-going in Northern Ireland is as busy as ever. No less because of the arrival of one of the most acclaimed and awaited films of last year, Parasite (2019). The preview of this class conscious South Korean thriller at the Queen’s Film Theatre on the 3rd is sold out but you will be able to catch it there on its run, between the 7th and the 13th. Other highlights at the QFT include gothic drama The Lighthouse (2019), starring Willem Dafoe and Robert Pattinson, and prestige biopic A Beautiful Day In The Neighbourhood (2019), starring Tom Hanks. Both of which will play to the 6th. Later in the month sees the release of Mr. Jones (2019), a drama about a Welsh journalist’s investigation into the Soviet Ukraine famine of the 30s from veteran Polish director Agnieszka Holland and Emma (2019), the newest adaptation of the Austen novel. Both films open on the 14th and run until the 20th and the 27th respectively.

The QFT is also host to several special screenings throughout the first half of February. Starting with a special screening of the classic musical Cabaret (1972) on the 1st which will include live performances and audience participation throughout with some karaoke at the bar afterwards. The theatre’s regular monthly strands, Real To Reel and QFT Late, will screen realist drama The Florida Project (2017), also featuring Dafoe, on the 12th and cult icon Alejandro Jodorowsky’s 1968 debut, Fando and Lis, on the 15th.

The Belfast Film Festival are bringing two seasons of film to the month of February. High Rise | Low Rise, ‘…a playful, in-depth look at ho 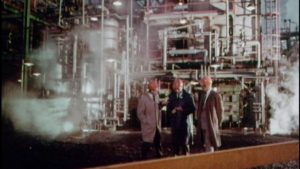 w modernist architecture and urban design was presented in media through the 1950s to the 1980s in Northern Ireland’, will involve a series of films --sourced from various archives-- talks and live performances held throughout the 1st of February in The Belfast Masonic Hall on Rosemary Street. BFF will also be screening a season of Chinese cinema across February and March and multiple venues. But first they will be in the QFT with two examples of life on the periphery. The Horse Thief (1986), an elemental epic set in Tibet, will screen on the 8th and im the 15th River Road (2014), about two young brothers trying to survive alone in the remote Gansu province. Last but not least, genre and exploitation experts the Ulster Film Office will be showing Nightbeast (1982) at the Beanbag Cinema on the 12th.

The North’s many film clubs, art spaces and other homebrewed venues also have many films to offer. The Dungannon Film Club, operating out of Ranfurly House, will be screening one of the best British films of last year, Bait (2019), on the 7th. While the Fermanagh Film Club, based in Waterways Ireland in Enniskillen, will be showing Danish terrorism drama Sons of Denmark on the 11th and Spain’s cine-laureate Pedro Almodovar’s autobiographical Pain & Glory, starring Antonio Banderas and Penelope Cruz, on the 12th. On the 13th, Film Hub NI and Studio 1A in Bangor will host a free screening of The Peanut Butter Falcon (2019), starring Shia La Beouf. On 14th you can join Subterranean Community Cinema, Omagh for an alternative Valentine's Day screening of leopard print classic crime caper True Romance. 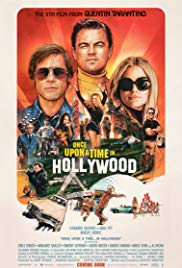 Newcastle Community Cinema has a hat trick with killer gator movie Crawl (2019) on the 7th, slow burning South Korean thriller Burning (2018) on the 11th and Quentin Tarantino’s newest film, Once Upon A Time In… Hollywood (2019), on the 15th.

A key title of the season, the locally produced comedy A Bump Along The Way (2019), starring Bronagh Gallagher, is on tour this February, as part of Film Hub NI’s Collective initiative. It will screen tonight (30th Jan) in the Flowerfield Arts Centre in Portstewart before moving onto the Braid Arts Centre in Ballymena on the 1st  Feb, the Roe Valley Arts and Cultural Centre in Limavady on the 6th and to The Picturehouse,Ballyclare at the Town Hall on the 15th.

Flowerfield will have a classic screening with the anime masterpiece Princess Mononoke (1997) on the 1st. The Aurora Community Cinema in Rostrevor will also be looking back with a screening of 9 to 5 (1980), starring Dolly Parton, Jane Fonda and Lily Tomlin, at the Kilbroney Integrated Primary School on the 31st of January. In Belfast, the Strand Arts Centre will be showing the Alfred Hitchcock classic Rear Window (1954) on the 2nd. While on the 15th you can find a screening of Pixar’s The Good Dinosaur at the Ulster Museum, hosted by NI Science Festival as well as a mystery screening at Accidental Theatre, held by their monthly Never Seen It Film Club. 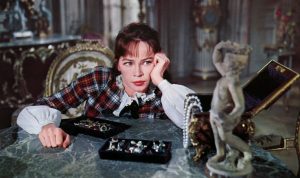 As part of their regular Dementia Friendly screening series, Queen’s Film Theatre will be showing the musical Gigi, starring Leslie Caron, on the 15th. Otherwise, audio description and subtitled screenings are available at the Queen’s Film Theatre, the Strand Arts Centre and Movie House, Odeon, Omniplex and IMC sites are available, depending on the particular showing and inquiry.