The beginning of 2022 is a quieter time for independent cinema exhibition in Northern Ireland, compared to the end of 2021. Still, there’s plenty to see as several cinemas and organisations continue to keep their doors open, in compliance with new restrictions. 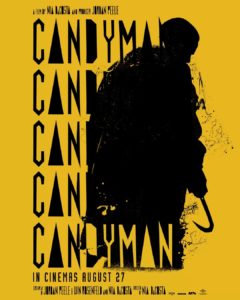 The Newcastle Community Cinema are set for their winter programme, starting with horror remake Candyman (2021), playing on the 7th. This will be followed by quirky, Chinese gangster-comedy Lucky Grandma (2019) on the 11th and Limbo (2020), a comedy about a Syrian refugee’s adjustment to life on a remote Scottish isle, on the 15th. Fermanagh Film Club also return for their first screening of 2022 with a screening of Another Round; Danish dark comedy about alcohol and life, directed by Thomas Vinterberg. 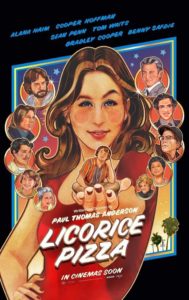 At the Queen’s Film Theatre, up until the 6th, there will be showings of The Tragedy of Macbeth (2021), a new adaptation from director Joel Coen and leads Denzel Washington and Frances McDormand, and Titane (2021), a feminist body horror and drama from director Julia Ducournau. You can also see Sword Art Online: Progressive - Aria Of A Starless Night (2021), a feature-length iteration of the popular anime, and The Electrical Life Of Louis Wain (2021), a dynamic biopic of the distinctive Victorian artist starring Benedict Cumberbatch in the lead role, alongside Claire Foy, Toby Jones and Nick Cave. Running until the 13th, Licorice Pizza (2021) is the new film from Paul Thomas Anderson; a comedic 70s set coming-of-age tale starring Cooper Hoffman, Alana Haim, Sean Penn and Bradley Cooper. While Boiling Point (2021), which opens on the 7th and plays up until the 13th, is a high-pressure thriller starring Stephen Graham as the head chef of a high-profile restaurant trying to survive 24 hours of demanding customers and personal crises. 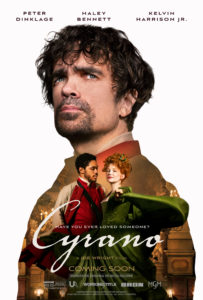