June at Northern Ireland’s independent cinemas is a busy month, with many new and old titles coming and going.

Film Hub’s tour of Here Before (2021), an NI-set and produced psychological thriller, will continue on the 11th at the Newcastle Community Cinema, before arriving at the Flowerfield Arts Centre in Portstewart on the 23rd for its final screening. Newcastle Community Cinema’s June programme also includes a screening on the 7th of Gagarine (2020), a magical realist drama set in a Paris Banlieue. While over in Belfast, in the Black Box on the 10th, Ghouls on Film will be screening Carrie (1976) and hosting a prom party in a launch of their new zine. At the Queen’s Film Theatre, you can still catch new releases like Alex Garland’s Men (2022), a folk horror starring Jessie Buckley and Rory Kinnear, and An Cailín Ciúin (2022), an acclaimed Irish-language coming-of-age drama. Everything Everywhere All At Once (2022) is an absurdist, interdimensional action comedy starring Michelle Yeoh, and Bergman Island (2021), a detailed drama about love and the creative process starring Vicky Krieps and Tim Roth. All four titles will show up until the 9th. And then from the 10th until the 16th, you can see All My Friends Hate Me (2021), a dark comedy about a college reunion gone wrong, and Il Buco (2021), a unique depiction of a 1961 spelunking expedition in Italy’s beautiful Calabria region and its director Michelangelo Frammartino’s return to cinema after a decade long absence.

The 17th until the 20th will see the return of a classic with Alfred Hitchcock’s Psycho (1960) showing in its original, theatrical cut. While from the 17th until the 23rd, you can see comedic drama, Good Luck to You, Leo Grande (2022), starring Emma Thompson as a widowed, retired schoolteacher who bonds with a young sex worker (Daryl McCormack), and French family drama Everything Went Fine (2021), about a daughter (Sophie Marceau) coming to terms with her estranged, dying father (André Dussollier). 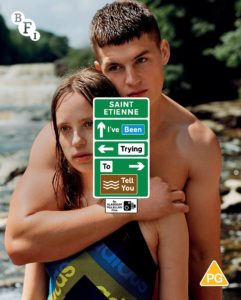 There are a few special screenings coming to the QFT in early June. On the 7th, there will be a new Exhibition on Screen entry, showcasing the work of the Danish-French impressionist Camille Pissarro. As part of the Belfast Book Festival, there will be a screening on the 15th of the documentary Saint Etienne: I've Been Trying To Tell You (2021), about the legendary dance-pop band, followed by a Q&A with key member Bob Stanley. Later in the month, there will be a screening of Kenneth Branagh’s Much Ado About Nothing (1993) on the 21st, the documentary George Michael Freedom Uncut (2022) on the 22nd and on the 23rd, The Camera is Ours: Britain's Women Documentary Makers, which will be composed of thirty years of rarely screened, women-directed short documentaries. 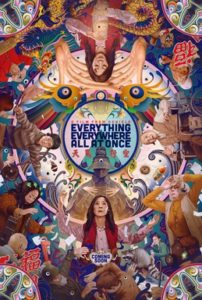 At Movie House Cinemas’ four locations, you can see Men and Everything Everywhere All At Once. They’re also showing Tom Cruise’s mega-blockbuster Top Gun: Maverick (2022), from the 10th, Jurassic World: Dominion (2022) and from the 17th, Pixar prequel Lightyear (2022).

The Strand Arts Centre are also currently showing Everything Everywhere All At Once and Top Gun: Maverick, and will be show the new Jurassic World and Lightyear from those aforementioned dates. There’s also a lot upcoming from their regular strands. The Minors Club will show Disney’s The Lion King (1994) on the 11th and Wallace and Gromit: The Curse of the Were-Rabbit (2005) on the 18th. While the Silver Screenings strand will screen the original 1950 Cheaper By The Dozen on the 9th and 16th, and the Doris Day comedy Move Over, Darling (1963) on the 23rd.