In light of the developing Covid-19 situation, please check with member websites as the ongoing status of their events.

Festival season in Northern Ireland is kicking off this March with the Foyle Film Festival presenting the 15th edition of the Intercultural and Anti-Racism Festival. A programme of screenings, workshops and other events aimed encouraging intellectual and cultural diversity through film. The festival will take place in Derry/Londonderry’s Nerve Centre (one of its co-founders) and the Brunswick Moviebowl and will run from the 20th to the 31st March.

Highlights include newer titles such as the Oscar nominated The Farewell (2019) on the 20th, director Jennifer Kent’s The Nightingale (2019), her follow-up to cult hit The Babadook (2014), One of the most acclaimed British films of the last decade, The Souvenir (2019), will show on the 29th and visionary filmmaker Terrence Malick’s philosophical WWII epic A Hidden Life (2019) screens on the 30th.

While if you want to see a classic there is a special Mother’s Day (the 22nd) screening of The Joy Luck Club (1993), a rare Hollywood film with an all Asian cast. Information about the festival and its full programme can be found on the Foyle Film Festival website. 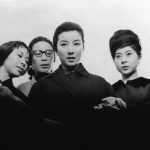 Queen’s Film Theatre will play host to the Japan Foundation’s season of Japanese cinema, new and old. This includes one of anime’s most distinctive auteurs Maasaki Yuasa’s new film, Ride Your Wave (2019), a supernatural tale of grief and love which will screen on the 21st. While the legendary filmmaker Kon Ichikawa’s Ten Dark Women (1961) will screen in 35mm on the 22nd, before the season concludes on the 29th with And Your Bird Can Sing (2018), a coming of age story. QFT’s youth division Lumi will be active throughout March with a screening of Parasite director Bong Joon-ho’s monster movie The Host (2006) on the 25th, as well as a mini season called Gleeson/Neeson. A celebration of two of this island’s greatest actors which will include a screening of In Bruges (2008), Taken (2008) and a quiz, all on the 29th.

There are other special screenings and limited runs to be found at the QFT this March. David Lynch’s classic The Elephant Man (1980), starring John Hurt and Anthony Hopkins, will play restored from the 20th till the 23rd. While on the 21st, regular strand Screen/Print will bring chic 60s classic sci-fi Barbarella (1968), starring Jane Fonda. From the 22nd to the 26th, One Million American Dreams (2019), a documentary about the Irish emigrant experience will screen, with the 3.30 screening on the 23rd followed by a Q&A with its director Brendan J. Byrne. Another festival with a documentary bent, Imagine! Belfast Festival will present three screenings at the QFT. Including Midnight Traveller (2019) on the 24th and local films Abomination (2020), which will include a Q&A with director and cast, on the 26th and The Quiet Shuffling of Feet (2019) on the 26th. Imagine! will also take place at the Strand Arts Centre with a screening of documentary The Animal People (2019) on the 26th. The Centre for Documentary Research at Queen’s University’s free talk series continues the 25th with Dr. Dara Waldron speaking about the great Iranian filmmaker Abbas Kiarostami’s The Koker Trilogy. The Real To Reel strand will screen feminist documentary #Female Pleasure (2018), also on the 25th, while another regular strand, QFT Late, will show John Carpenter’s cult classic They Live (1988) on the 28th. 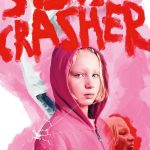 The end of the month will see several films which will run from the 27th to the 2nd of April. This includes Saudi feminist drama, The Perfect Candidate (2019), a footie themed documentary called The Australian Dream (2019) and a German drama about a turbulent childhood, System Crasher (2019).

Young programmers Cinemagic continue with their literary and children’s themed series On The Pulse, with screenings taking place in the Ulster Museum, No Alibi Books, the Black Box and the Island Arts Centre over the next two weeks. Highlights include a double bill of Tom and Jerry on the 21st and a programme of horror shorts on the 26th featuring a short by the director of Bait Mark Jenkin, Hard, Cracked The Wind (2019).

Director of One Million American Dreams Brendan Byrne will be present for not one but two events this March. On the 16th, in the Falls Road’s Áras Uí Chonghaile James Connolly Visitor Centre, he will be taking part in a Q&A following a screening of the documentary Gaza (2019), which he produced. While over in the Portrush Film Theatre, in the town’s Playhouse, local talent will also be highlighted with the 2020 edition of the North Coast Film Collective Short Film Showcase on the 20th. The Newcastle Community Cinema will screen star studded whodunnit Knives Out (2019) on the 21st and Horrible Histories: The Rotten Romans (2019) on the 29th.

The Ormeau Community Cinema in Belfast’s Pavilion Bar will show Blackkklansman (2019), directed by Spike Lee and starring Adam Driver, on the 24th. While the Subterranean Film Club situated in the Basement Omagh Community House will also be showing the inter-generational dramedy The Farewell (2019), on the 27th. 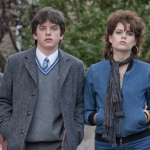 For the back half of March there are no specific events. But as per usual audio description and subtitled screenings are available, depending on the showing and inquiry, at the Queen’s Film Theatre, the Strand Arts Centre and all Movie House, Odeon, Omniplex and IMC sites. Free carer tickets are also available on request and identification.