At the onset of summer, there’s plenty going on all across Northern Ireland and in its independent cinemas. 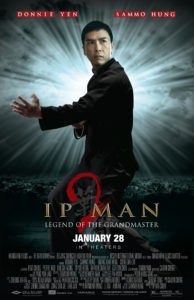 Film Hub NI’s run of NI-set thriller Here Before (2021) continues into late May with a screening on the 26th at the Playhouse Portrush, hosted by the Portrush Film Theatre. Banterflix’s Kung-fu film club continues its run at the Beanbag Cinema with a screening of Ip Man (2008), starring Donnie Yen, on the 27th. While the feminist horror film club Ghouls on Film, based in the Black Box, will be hosting a special screening on the 29th. They will show the classic Japanese silent A Page of Madness (1926) with a live score composed by goth folk musician Aoife Wolf and performed by Wolf with accompaniment from Phil Quinn and Cameron Clarke. 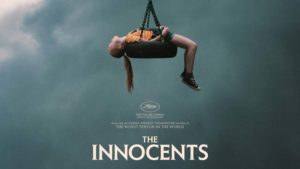 At the Newcastle Community Cinema, there will be a screening of animated musical Sing 2 (2021) on the 29th, while on the 2nd of June, NCC and Autism Support Kilkeel will present a ‘Relaxed Screening’ of Mary Poppins (1964), and on the the 3rd, there will be a ‘Friday Fright Night’ screening of Norwegian horror The Innocents (2021).

At the Queen’s Film Theatre, until the 26th, you can see new releases such as An Cailín Ciúin (2022), an Irish-language coming of age, Benediction (2021), a Terence Davies directed biopic of the great poet Siegfried Sassoon, and Everything Everywhere All At Once (2022), an absurdist action comedy starring Michelle Yeoh. From the 27th to the 2nd of June, you can catch Between Two Worlds (2021), a drama starring Juliette Binoche as an undercover journalist in and amongst low-wage workers, as well as a retrospective run of Get Carter (1971), the British crime classic starring Michael Caine. On the 28th, the QFT Late strand will present a screening of the director’s cut of Robocop (1985), the Paul Verhoeven sci-fi classic. June at the QFT will kick off with a pair of new releases. From the 1st to the 9th, you can see Alex Garland’s Men (2022), a surreal horror tale starring Jessie Buckley and Rory Kinnear, and from the 3rd to the 9th, Mia Hansen-Løve’s Bergman Island (2021), starring Vicky Krieps and Tim Roth as a dysfunctional, cinephile couple. 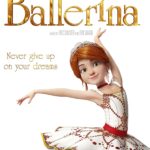 At the Strand Arts Centre, you can see new releases such as Downton Abbey: A New Era (2022), The Northman (2022) and Stephen King adaptation Firestarter (2022). From the 25th, you will also be able to see Top Gun: Maverick (2022), starring Tom Cruise in a reimagining of the 80s blockbuster. The Strand’s Silver Screenings strand will be showing romantic comedy A Royal Night Out (2015) on the 26th and 2nd. While on the 28th, the Minors Club will screen the animated fantasy Ballerina (2016). 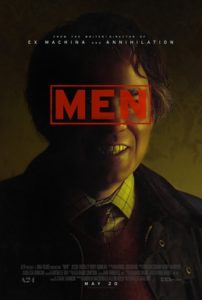 Movie House Cinemas are also currently showing Downton Abbey, Firestarter, The Northman, Everything Everywhere All At Once, as well as a Mark Wahlberg starring drama called Father Stu (2022). Top Gun: Maverick will show from the 25th, Benediction from the 27th and Men from the 3rd. From the 27th, there will also be screenings of The Bob’s Burgers Movie (2022), a big screen adaptation of the cult, animated sitcom.