Following this year’s Belfast Film Festival, Derry’s Foyle Film Festival will also be kicking into gear with this edition running from the 19th to the 28th of November with screenings and events taking place in the Nerve Centre, Brunswick Moviebowl and online.

The festival kicks off on the 19th at the Nerve Centre with a talk between filmmakers Cathy Brady and Juliet Riddell, and a Field Day presented screening of Riddell’s short film Stay Alive (2021) and the documentary Secrets from Putumayo (2020), with Riddell and actor Stephen Rea in attendance. While at the Moviebowl there will be an opening night gala screening of Clifford the Big Red Dog (2021). On the 20th, at the Nerve Centre, there will be several animated and international programmes from the Light in Motion short film competition, along with a Santa Screens Christmas strand screening of Frozen (2013). Later that evening you can also see Saint Sister (2021), about the acclaimed NI pop band. Over at the Moviebowl, you can see documentaries Writing With Fire (2021), about India’s only woman-run newspaper, Frida. Viva La Vida (2019), about the iconic Mexican painter, The Most Beautiful Boy in the World (2020) about the Björn Andrésen, the actor-muse of Italian filmmaker Luchino Visconti and Flee (2020), an animated documentary about a refugee’s experiences. That day will close with a screening of Wildfire (2020), followed by a Q&A with its director Cathy Brady.

The 21st opens with a ‘cinematic breakfast’ at the Nerve Centre with the classic Breakfast at Tiffany’s (1962). There you can see more Light in Motion shorts, Harry Potter and the Philosopher’s Stone (2001) and the period romance Ammonite (2021, starring Kate Winslet and Saoirse Ronan. At the Moviebowl, you can see Becoming Cousteau (2021), about the marine biologist and documentarian Jacques-Yves Cousteau, Memory Box (2021), a Lebanese-Israeli War set love story, Dublin-set melodrama Herself (2020), experimental documentary The Real Charlie Chaplin (2021) and Phil Lynott: Songs for While I’m Away (2020), about the Thin Lizzy frontman. On the 22nd, at the Nerve, there will be a Parent and Baby screening of musical In The Heights (2021), followed by Anthony Hopkins in The Father (2020) and Riz Ahmed in The Sound of Metal (2020). In the Moviebowl, they will be showing (They F*** You Up) Your Mum and Dad (2019), an analytical documentary about Parent-to-child conflict and Quant (2021), a documentary about fashion designer Dame Mary Quant. The 23rd will kick off at the Nerve with a special needs friendly screening of the James Garner comedy Move Over, Darling (1963), followed by a showcase of shorts from the Féile festival’s production company, Féile TV, and Judas and the Black Messiah (2020), a historical drama starring LaKeith Stanfield and Daniel Kaluuya. At the Moviebowl, there’s The Lost Leonardo (2021), the story of the most expensive painting ever sold, and English, Mod culture inspired comedy The Pebble and the Boy (2021).

The 24th opens with a Parent and Baby screening of Supernova (2020), starring Colin Firth and Stanley Tucci, at the Nerve. Followed by Mind the Time (2021), a collaborative film made in lockdown by the Stage Beyond theatre company, and Schemers (2019), a music-themed coming of age comedy. On the Ulster University Magee Campus, there will be a screening of We Shall Overcome (2021), a documentary about Bloody Sunday, followed by a Q&A with its director, David McIntyre. While at the Moviebowl, there will be screenings of future and sociologically minded documentary Dear Future Children (2021) and Nomadland (2020). On the 25th, there will be a screening of The Wizard of Oz (1939) at the Nerve, along with a 45th anniversary screening of The Omen (1976) and the French social drama Girlhood (2014). At Moviebowl, you can see Almost Liverpool 8 (2021), a documentary about the multicultural neighbourhood of Toxteth in the 70s, and I Get Knocked Down: The Untold Story of Chumbawamba (2021) about the pop band of anarchists, with a post-screening discussion with star and co-director Dunstan Bruce and co-director Sophie Robinson. The 26th starts at the Moviebowl with Dying to Divorce (2021), a Turkish documentary about a lawyer and her fight against domestic abuse, and La Cha Cha (2021), a comedy starring Rhys Ifans about an Irishman caught up in a strange retirement community in Australia. At the Nerve, you can see Promising Young Women (2020), followed an afterparty headlined by Susie Blue, and more Light in Motion shorts (which will also be available online).

On the 27th, at the Nerve, the Christmas strand continues with The Muppet Christmas Carol (1992). Then there will be a conference for filmmakers making the transition from shorts to features, more from the Light in Motion Competition and a screening of teen-led indie drama Rocks (2019), followed by another Festival Club afterparty with local artist Reevah and her band headlining. The Moviebowl will be showing the mountain-climbing documentary The Alpinist (2021), the latest adaptation of A Christmas Carol (2020), Irish-language drama Doineann (2021), followed by a Q&A with director Damien McCann and the cast, and warm-hearted, queer Irish drama Dating Amber (202). For the festival’s final date, the 28th, there’s plenty to see. At the Nerve there will be screenings of Christmas classic It’s a Wonderful Life (1946), the conclusion of the Light in Motion Competition, including its Irish entries, Disney’s Cruella (2021) and the album launch of local artist Jeanette Hutton. At the Moviebowl, you can see Sabaya (2021), a thriller-like documentary on the Syrian Civil War, Summer of Soul (...Or, When the Revolution Could Not be Televised) (2021), a history-challenging music documentary and Breaking Out (2020), a portrait of Fergus O’Farrell, frontman of Irish band Interference. This screening will be followed by a Q&A with director Michael McCormack. The festival will then close with a closing night gala screening of a special preview The Story of Film: A New Generation (2021), the new epic documentary from Mark Cousins.

More information about the programme, tickets and venues can be found at the Foyle Film Festival website. 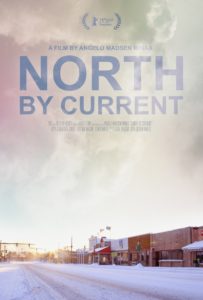 Over in Belfast, the Outburst Queer Arts Festival is on until the 20th of November with a wide range of different events, including film screenings at the Queen’s Film Theatre. On the 15th, you can see the short NI drama Homebird (2021) and North By Current (2021) a personal documentary about generational addiction and trans embodiment. The latter will be followed by a Q&A with its director, Angelo Madsen Minax. On the 16th, Cured (2020) is a documentary about the American campaign to get homosexuality officially delisted as a mental illness, on the 17th, My First Summer (2020) is an Australian drama about precarious teen love and on the 18th, Wojnarowicz: F**k You F*ggot F**ker (2020), a portrait of the artist and AIDS activist David Wojnarowicz. The QFT will be home to a 2nd festival, this November into December, with this year’s French Film Festival. It includes Another World (2021) on the 26th. The new drama from Stephane Brize, set in the world of corporate work. Olivia (1951), showing on the 25th, is a landmark lesbian love story and France (2021), is the newest comedy from polarising but unique filmmaker Bruno Dumont, starring Léa Seydoux as a celebrity war reporter. 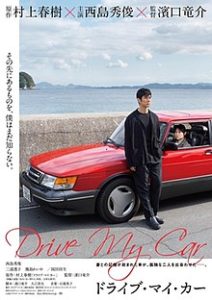 The QFT have a pair of great new releases running from 19th to the 25th: Petite Maman (2021), the new film from acclaimed filmmaker Celine Sciamma and The Power of the Dog (2021), Jane Campion’s long awaited western starring Benedict Cumberbatch and Kirsten Dunst. Drive My Car (2021), an epic drama directed by the great Ryusuke Hamaguchi, based on a Haruki Murakami short story, is playing on the 20th to the 22nd and on the 24th. While for the 27th, LUMI have programmed John Carpenter and Kurt Russell’s classic, Big Trouble in Little China (1986).

Other highlights including the beginning of Cinemagic’s Christmas season with 3 screenings of The Muppet Christmas Carol at the Ulster Museum on the 27th. Also on that date, Portrush Film Theatre will be hosting screenings of Cartoon Saloon’s The Breadwinner (2020) and documentary The Sparks Brothers (2021) about the legendary band. Newcastle Community Cinema are continuing their jam-packed Full Moon Festival until the 28th with screenings everyday of classics, such as A Streetcar Named Desire (1951), and new releases, both local and international, such as Pig (2021), starring Nicolas Cage, and Rose Plays Julie (2021). On the 21st, you can see the great Donegal filmmaker Vivienne Dick’s documentary New York Our Time (2021) and on the last day, as part of Film Hub’s Collective series, Nowhere Special (2021).