From the 24th of May, cinemas in Northern Ireland can finally re-open the doors, with the Queen’s Film Theatre and Strand Arts Centre in Belfast and Movie House locations across the region preparing to return with brand new, in-person programmes.

Queen’s Film Theatre will be returning with many of most acclaimed titles of the last year, as well as other, harder to see films. From the 24th until the 3rd of June, they will screen Nomadland (2020), the award-winning drama starring Frances McDormand as a woman, out of the job, who takes to the road. Also showing during this period is Sound of Metal (2020), starring Riz Ahmed as a metal drummer struggling with newfound deafness and the old ghost of addiction. Between the 24th and 27th, and then again on the 31st until 2nd of June, you can see Judas and the Black Messiah (2021), starring Daniel Kaluuya as charismatic Black Panthers leader Fred Hampton and LaKeith Stanfield as the FBI informant in his ranks.

Between the 24th and the 30th, you can see Apples (2020), the comedic debut from Greek director Christos Nikou which follows two people rebuilding their lives and forming a connection in the wake of a mass spell of amnesia. From the 25th to the 29th, and again from the 31st to the 3rd, there will be a run of The 8th (2020), a documentary reflecting on the Repeal the 8th movement and abortion rights in Northern Ireland. While David Byrne’s American Utopia (2020) is a concert film directed by Spike Lee and running on the 28th and 29th. It brings to the screen Talking Heads frontman and music legend’s politically themed, 2018 Broadway show.

From the 28th to the 3rd, the great filmmaker Kelly Reichardt returns with First Cow (2019), a tale of a friendship, enterprise and exploitation set during the 1820s in the American Northwest. While The Human Voice (2020), is a short collaboration between Pedro Almodóvar and Tilda Swinton based on the play by Jean Cocteau. Screenings will include a pre-recorded Q&A featuring the director, the star and hosted by Mark Kermode. On the 29th and the 30th you can see the more family friendly, and Celtic myth influenced Wolfwalkers (2020), produced by the veteran Irish animators at Cartoon Saloon. While State Funeral (2020) takes us from the mythical to the historical, and animation to archival footage, in the newest from prolific Ukrainian filmmaker Sergei Loznitsa, who has been alternating his fiction films with documentaries investigating the black spots of Soviet history. Showing on the 30th and the 3rd, this film takes a dissecting glance at the theatrics surrounding the funeral of Josef Stalin, and the impact of his death on the national consciousness.

Running from the 4th to the 10th of June, After Love (2020) stars Joanna Scanlan as a Muslim woman who sets out from Britain to France in search of the secrets behind her husband’s mysterious life and death. While the award-winning Minari (2020) follows a Korean family in the 80s who try to break from the grip of wage slavery by tilling their own land in the American Ozarks. Ammonite (2020) is a 19th century set tale of forbidden love and a fictionalized account of the relationship between palaeontologist Mary Anning, played by Kate Winslet, and her lover Charlotte, played by Saoirse Ronan. And then showing from the 11th to the 17th is The Father (2020), which stars Anthony Hopkins as a man reeling from the onset of Alzheimer’s, which affects his relationship with his daughter, played by Olivia Colman.

The Sheffield DocFest will be bringing a contingent of documentaries to the QFT, in parallel with its 2021 edition across the water. Showing on the 5th, Lift Like a Girl (2020) follows a teenaged girl whose ambition is to become one of Egypt’s weightlifting champions. While My Name is Pauli Murray (2021), showing on the 6th, is a portrait of the pioneering trans black attorney, priest, and writer. The First 54 Years: An Abbreviated Manual For Military Occupation (2021), which is showing on the 11th, tracks the history of the colonialist occupation of Palestine by Israel, from the perspective of Israeli soldiers. This small festival programme concludes with The Story of Looking (2021), another cinematic essay from Belfast-born filmmaker Mark Cousins. 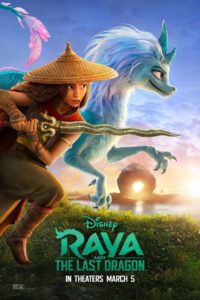 The Strand Arts Centre will also be reopening on the 24th, kitted out with a compelling lineup of its own. In addition to also showing Nomadland, Judas and the Black Messiah and Wolfwalkers, all from the 24th, they will be showing Peter Rabbit 2: The Runaway (2021), which features the voices of Domhnall Gleeson and James Corden. Raya and the Last Dragon (2021) is another family animation, set in a world where humans and dragons co-exist, while playing from the 28th is Cruella (2021). A live action reimagining of 101 Dalmatians focused on its flamboyant villain; this time played by Emma Stone.

The Strand will also be bringing pair of documentaries. Sir Alex Ferguson: Never Give In (2021), showing from the 27th, looks at the life of the legendary Manchester United manager, and Billie Eilish: The World’s A Little Blurry (2021) is a backstage portrait of the pop singer and will be playing from the 28th.  The programme for May/June concludes, for now, with A Quiet Place Part II (2021), the sequel to the surprise,horror hit, starring returning actors Emily Blunt and John Krasinski, as well as Cillian Murphy. The film will be playing from the 8th. 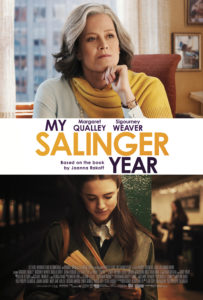 Across all four locations, Movie House Cinemas will also be showing Peter Rabbit 2. Additionally, you can see another family film, Maya the Bee 3: The Golden Orb (2021), giants monsters clash in Godzilla vs. Kong (2021) and Mortal Kombat (2001), a new, live-action adaptation of the ultra-violent video game. My New York Year (2020) is an adaptation of the Joanna Rakoff novel, My Salinger Year. Starring Margaret Qualley and Sigourney Weaver, it is about an aspiring writer who lands a job under the elusive J.D. Salinger’s literary agent. While Those Who Wish Me Dead (2021) is a thriller starring Angelina Jolie playing survival expert tasked with protecting the teenaged witness to a murder.

Two horror films will be coming to Movie House as well with Spiral (2021), starring Chris Rock, a spin-off to the popular Saw franchise. While The Unholy (2021) is a supernatural tale starring Jeffrey Dean Morgan as a journalist investigating a young girl who supposedly has visions of the Virgin Mary, though the source may be something more malevolent. All of these films will be showing from the 24th, with Demon Slayer: Mugen Train (2021), a feature-length incarnation of the popular anime, showing from the 26th.

More information about these titles and booking information can be found at their respective websites.