As Autumn arrives, there’s plenty on the horizon across Northern Ireland’s independent cinemas. 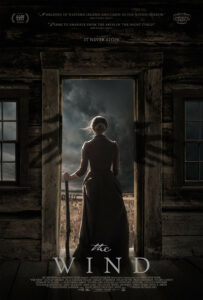 On September the 4th, the feminist film club Ghouls on Film will return to the Black Box with a screening of horror western The Wind (2018). At the Void gallery in Derry, from the 10th until November the 5th, there will be a special premiere and exhibition presentation of Being in a place – A Portrait of Margaret Tait (2022). A short feature about the pioneering figure of independent Scottish cinema, directed by the Glaswegian experimental filmmaker and artist Luke Fowler.

On the 14th, Fermanagh Film Club are showing An Cailín Ciúin (2022) at the Ardhowen Theatre, Enniskillen. While over at the Newcastle Community Cinema, it will be a busy couple of weeks. On the 1st, you can see the classic comedy Some Like It Hot (1959), and on the 2nd, the Eats & Beats Food & Music Festival will present a screening of the concert documentary Summer of Soul (2021), followed by a live performance from the band Funk Tank. Baz Luhrmann’s Elvis (2022) will show on the 7th, as part of the Baby Film Club, and again on 10th. On the 8th, there will be a screening of The Quiet Shuffling of Feet (2019), a documentary on the trauma of the Enniskillen and Omagh bombings. and then on the 9th, a screening of Guillermo Del Toro’s latest Nightmare Alley (2021), starring Bradley Cooper. Another Oscar-nominated film, The Worst Person in the World (2021) will on the 13th, while on the 15th there will be a ‘relaxed screening’ of Paddington (2014). 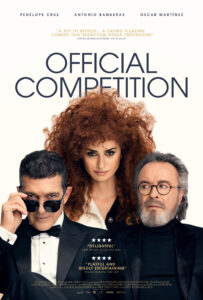 At the Queen’s Film Theatre, several new releases are playing until the 1st, including recent French titles Her Way (2021) and Anaïs In Love (2021), the docudrama My Old School (2022), the American comedic drama Queen of Glory (2021) and the Spanish comedy Official Competition (2021), starring Antonio Banderas and Penelope Cruz. From the 2nd to the 8th, you can see the new film from John-Michael McDonagh, The Forgiven (2021), a dark comic thriller starring Jessica Chastain and Ralph Fiennes. There will also be a 40th anniversary run of Steven Spielberg’s classic E.T. The Extra-Terrestrial (1982). Wildhood (2021) is a coming-of-age drama about a teen runaway out to discover his Miꞌkmaq identity and rediscover his estranged family, and The Territory (2022) is a documentary about the battle being fought in the Brazilian Amazon, between indigenous activists and encroaching, government-backed farmers and settlers. 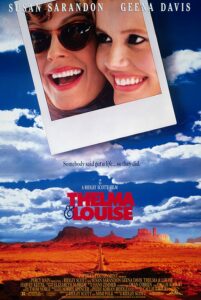 On the 3rd, QFT Late will present a showing of Thelma & Louise (1991), the much-loved road movie starring Geena Davis and Susan Sarandon with Harvey Keitel and Brad Pitt. The 10th will see a screening of the classic wartime romance Casablanca (1942), the first in a rich array of titles coming to the QFT this September and October, via the Bristol-based festival Cinema Rediscovered. And on the 11th, Cinemagic will present The Exploits of Moominpapa (2021), a new film version of the classic Finnish children’s comics. Between the 9th and 15th, you can see the new David Cronenberg film Crimes of the Future (2022), starring Viggo Mortensen, Lea Seydoux and Kristen Stewart and set in a near-future dystopia, where bodily mutations have become the stormy site of art, politics, and conflict. The legendary French director Claire Denis returns with the first of two films this year. Both Sides of the Blade (2022) is a melodrama starring Juliette Binoche and Vincent Lindon as a couple whose fragile peace is threatened by the return of a figure from their past. You can also see Ride the Wave (2021) a Scottish documentary about a very young and ambitious surfer. 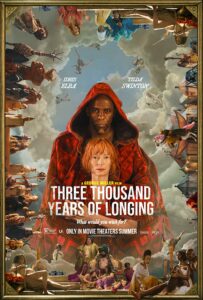 At the Strand Arts Centre, you can see new releases such as Nope (2022), Bullet Train (2022), Where the Crawdads Sing (2022) and the supernatural horror The Invitation (2022), as well as the 40th anniversary rerelease of E.T. and a new extended version of Spider-Man: No Way Home (2021). The 2nd will see the release of Three Thousand Years of Longing (2022) an epic fantasy starring Tilda Swinton and Idris Elba and directed by Mad Max and Happy Feet creator George Miller, in his first film in 8 years. Many of these titles, including Nope, Bullet Train and Three Thousand Years of Longing, can also be seen at Movie House Cinemas’ four locations.

On the 1st and 8th, the Silver Screenings strand will present the classic screwball comedy Gentlemen Prefer Blondes (1953), starring Marilyn Monroe, while on the 3rd, the Minors Club will show Disney’s Lilo and Stitch (2002) and then on the 10th, Bedknobs and Broomsticks (1971). The Strand will also continue their run of Star Trek movies with perhaps the most beloved entry, Star Trek II: The Wrath of Khan (1982), on the 3rd, 4th and 8th.