After two and half years, the Film Hub Fortnightly draws to a close. It’s been a pleasure writing these articles, and I hope they have handy guide for those looking to experience and celebrate the art of cinema in this ever changing world. Film Hub NI will continue to provide up-to-date info on what’s playing in Northern Ireland’s independent cinemas, with this blog essentially taking on a new form. In the meantime, this is what you can see for the remainder of this September. 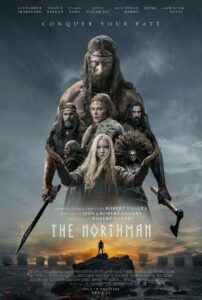 The Fermanagh Film Club, based in the Ardhowen Theatre, Enniskillen, will be showing An Cailín Ciúin (2022) as part of their packed Autumn Programme. While over in Omagh, The Subterranean Film Club will be showing Robert Eggers’s Viking epic, The Northman (2022), on the 16th in the Omagh Community House. Over at Newcastle Community Cinema, you can see the comedic adventure film The Lost City (2022), starring Sandra Bullock and Channing Tatum, on the 17th. The short animation The Gruffalo (2009), based on the classic children’s book of the same name, will show on the 20th and Pixar’s Lightyear (2022) on the 25th. 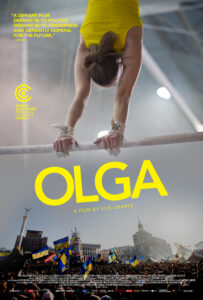 In Belfast, the Ormeau Community Cinema, in The Pavilion Bar on the 15th, will be showing the documentary Olga (2021), about a teenage Ukrainian gymnast in training in exile. The Accidental Theatre on Shaftesbury Square will be re-introducing their ‘Never Seen It Film Club’, a series of film screenings of classic films which can be attended through a subscription membership. On the 24th, they will be showing the dark teen classic Heathers (1988), starring Winona Ryder and Christian Slater, with more to come in October and November.

At the Queen’s Film Theatre, you can see new releases like Róise & Frank (2022), an Irish comedy 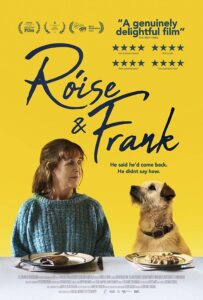 drama about a struggling widow’s bond with a stray dog, showing from the 16th to the 22nd. There will also be older titles such as The Killers (1946), the classic noir starring Burt Lancaster and Ava Gardner, showing on the 17th and the western High Noon (1952), starring Gary Cooper and Grace Kelly and showing on the 24th. Both titles are part of this year’s Cinema Rediscovered strand.  Quentin Tarantino’s neo-noir Jackie Brown (1997) will also be getting a re-run. Starring Pam Grier, Samuel L. Jackson and Robert de Niro, it will show on the 17th, 18th, 20th and 22nd. 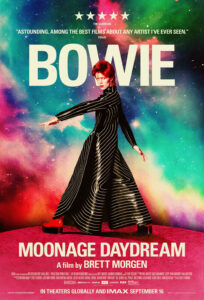 Between the 23rd and 29th, you can see two new films on major 20th century icons. Blonde (2022) is a provocative take on the life and death of Marilyn Monroe, starring Ana de Armas as Monroe and directed by Andrew Dominik, while Moonage Daydream (2022) uses archival footage to evoke David Bowie’s powerful presence. You can also see Flux Gourmet (2022), a new satirical horror film from British director Peter Strickland, on the 25th and then from the 30th onwards. 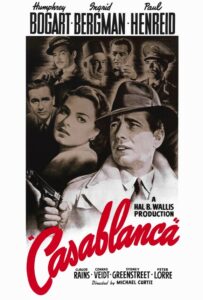 Over at The Strand Arts Centre and Movie House Cinema’s four locations, you can see several big new releases. There’s Moonage Daydream, the fantasy Three Thousand Years of Longing (2022), the satirical slasher Bodies, Bodies Bodies (2022), the comedy mystery film See How They Run (2022), starring Sam Rockwell and Saoirse Ronan, and romcom Ticket to Paradise (2022), starring George Clooney and Julia Roberts. The Strand will also be showing the classic Casablanca (1942) on the 15th and 22nd. The Minor’s Club will show Wes Anderson’s Fantastic Mr. Fox (2009) on the 17th and Dr. Seuss’s The Lorax (2012) on the 24th. The Silver Screenings strand will also show the classic Ealing fantasy caper The Man in the White Suit (1951), starring Alec Guinness, on the 29th and the 1st of October.