We invited Peize Li, a talented young film programmer, who has recently worked with the Belfast Film Festival, to write us a blog about how and why she chose a selection of Chinese films to be screened in Belfast.

After the 2019 Belfast Film Festival, I got chance to speak to Michele, who is the director of the festival. I saw tears and passion in her eye when she told me that her dream was to make the BFF an opened window for audiences to look at the whole world outside after all the trauma they’ve been through. I ask myself, how film festivals should open the window of the world for audiences?

Film festivals can show us the world outside of the window because one of the programmers’ missions is to bring films that are not broadly circulated but actually inspiring and innovative. With the devotion of cinephiles for decades and decades all over the world, films at the festivals can tell different stories with the freedom of choices of audiences and programmers.

Sometimes the system of circulation of cinema does not allow us to see all the films we want to see on big screens, but films that are not seen are dead. With such thoughts in mind, I made choices on the curation of “the diversity of Chinese Cinema and Minority Groups in China”. There are always great films that we’ve heard of in the past and always expected to watch but never got chances to watch. 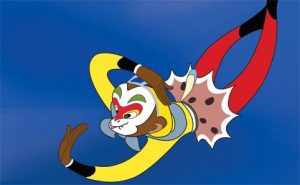 This is why we have films like the Farewell My Concubine (1993, Chen Kaige) and The Monkey King: Havoc in Heaven (1964 ,Wan Laiming). The film Farewell My Concubine was the first film that I watch as a film student at university. It is a masterpiece for some cinephiles like me. The Monkey King: Havoc in Heaven has very a miserable fate, it was almost completely destroyed due to political turbulence in the 70s. However, it is people who love films saved the life of the animation film and brought it back to us. These two films were all made in the period when China and many other post-communist countries still have national film producer. Do these nation-owned producers make these films propaganda? We need to look at these films to answer this question that we once believed that has a fixed answer.

There are also films that were discovered and awarded by film festivals but did not get a lot of chances to be seen by the majority of audiences. Unfortunately, a lot of films are not really seen by audiences after they are made. These films, which are made by passionate filmmakers, do not have enough chances for promotion and wide distribution. 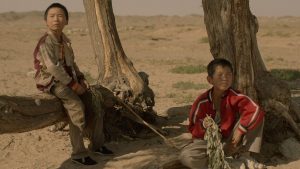 Does it make them less interesting than the distributed ones? I don’t really believe so. This is why we have films such as the River Road (2014, Ruijun Li), Soul on a String(2016, Yang Zhang), The Silent Holy Stones (2005, Pema Tseden) and the Horse Thief (1986, Zhuangzhuang Tian). I did research on Mongolian films in my BA dissertation (Inner Mongolian is a minority region in China) and found the space and the stories presented in films made or about the minority groups are particularly diverse and are sometimes more transnational. There are 56 ethnic groups in China. The films that are chosen for this program tell stories of the minority ethnic groups such as the Tibetan and the Yughurs people in China. While the Chinese film industries growing rapidly during these years, the major roles that used to be played by the state-owned studios are now played by private-owned producers. The change of the film production impacts the shape of the films. Chinese films are not only about the fifth generation and the majority. Our thoughts about films are largely related to the availability of films. We can only see a film to know its existence. These films are interesting because they show the diversity of the film and the culture of the country. Watching these films allow us to make choices of what we want to see instead of only watching what we are given on the platforms we have.

Films were once seen and are still seen as national films because they are important cultural products that bring commercial and political interests. However, films are not just products. They have their own lives once they are made. They were born with an international character. The production of film is a global-cooperating job. Filmmakers make films all over the world and tell stories of the whole world. There is not really any border in the world of film as long as we as audiences allow films to travel and being seen. We don’t need to limit our own options of films, instead, we can just enter the cinema and start our global trip by watching the collaborative works of filmmakers.

As creatures who have very short stay on the earth, we don’t really have the ability to take a close look at different places of our own planet and to truly know our neighbours who live in different continents. However, film, which gathers film-makers and images from all over the world can bring us to everywhere—even to someone’s mind and the outer space. 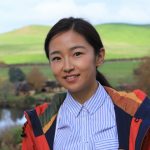 Full details of the programme are here.

Peize Li is currently a PhD student at the University of St Andrews. In 2016, she did her MA dissertation at the Queen’s University Belfast about the Belfast Film Festival and the film cultures in Northern Ireland.