A Bump Along the Way – with Q&A

Written by Tess McGowan, directed by Shelly Love and produced by Louise Gallagher, this heart-warming film centres on the awkward relationship between Pamela, an immature mum and her disapproving daughter, Allegra.

A Bump Along the Way stars Bronagh Gallagher as Pamela and Lola Pettigrew as Allegra, in two powerful and heartfelt performances. When Pamela becomes pregnant following a drunken one-night stand, the relationship between mother and daughter is put to the test. In equal parts funny and poignant, the film’s strength lies in the universality of its story – which is beautifully told and shot.

A Bump Along the Way was filmed in Derry and features a wonderful supporting cast including Mary Moulds, Dan Gordon and Paddy C Courtney.

Join us as Louise Gallagher and director Shelly Love introduce the film and take part in a short Q&A following the screening.

This screening is supported by Film Hub NI as part of the Collective initiative, which aims to put the very best of NI and Irish film releases in front of audiences across the country.

See here for the full list of A Bump Along The Way screenings. 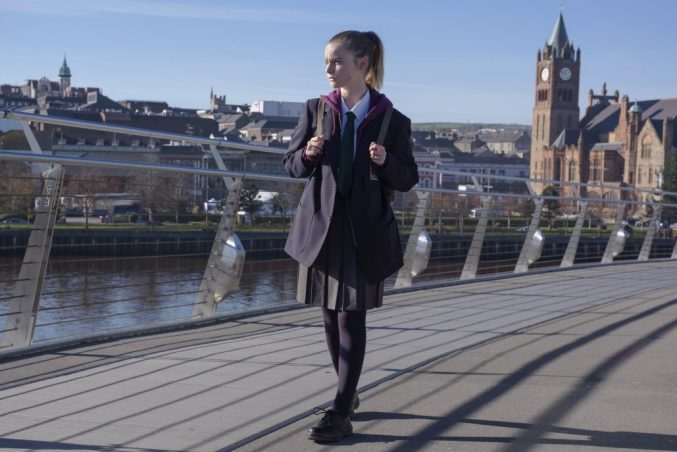