A special screening on Holocaust Memorial Day 2020 marking 75 years since the liberation of Auschwitz-Birkenau. Oscar-winning Helen Mirren tells the story of Anne Frank’s life through the pages of her world-famous diary, a story that has made the tragedy of the Holocaust known to readers all over the world.

What would Anne’s life have been like had she survived Auschwitz and Bergen-Belsen? What would have happened to the hopes and dreams she wrote about in her diaries? What could she have told us about persecution, about concentration camps? How would she have interpreted the reality of today, the rekindling of antisemitism and new racism?

This emotive telling is entwined with the stories of five Holocaust survivors who shared Anne’s same fate of deportation, suffering and were denied their childhood and adolescence, but were fortunately able to go on and live the life that Anne was denied. 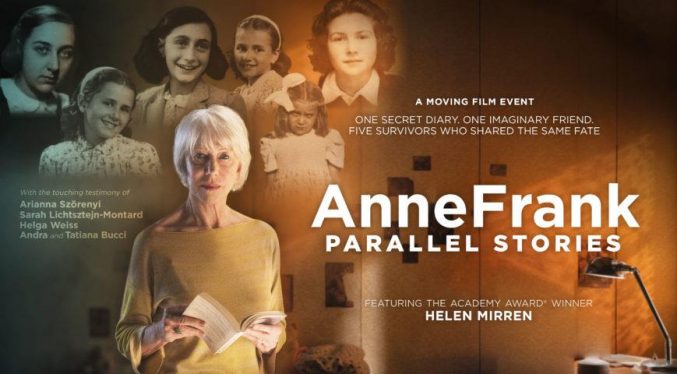