Cinemas Past and Present

About this event
Cinemas Past and Present is a very special event celebrating two of our most treasured Belfast Cinemas. One that we still have, and one we have lost.

Stories that Shaped the Strand presents a unique exploration of the Strand Arts Centre (formerly the Strand Cinema) which has been a landmark of east Belfast since it opened as a ‘picturehouse’ in 1935. It reveals not just the physical spaces but the ideas, stories, memories and people that have shaped the iconic venue over the years.

Filmed during lockdown, in March 2021, the documentary draws upon voices recorded as part of the Strand Stories heritage project. These voices guide us around the various spaces within and around the empty building, and help to chart the incredible history of the Strand.

The Curzon Film Centre was not just a cinema, it was many different things to different people. A family heirloom, a place for inspiration, relaxation and above all a safe space in a divided community where there were few.

The Curzon Project is a short documentary, which tells the story of the Curzon cinema on Belfast’s Ormeau Road which was open from 1936 and closed in 1999. Through interviews with the family who owned it, customers, projectionists and usherettes, the film’s narrative covers not only the history of the cinema, but its place in the community over 6 decades. It shares a glimpse into the lives of some of those for which the Curzon was a place to socialise, date, shelter and get inspired by classic movies on the silver screen.

'Strand Stories’ is kindly supported by The National Lottery Heritage Fund. Find out more about the project here. 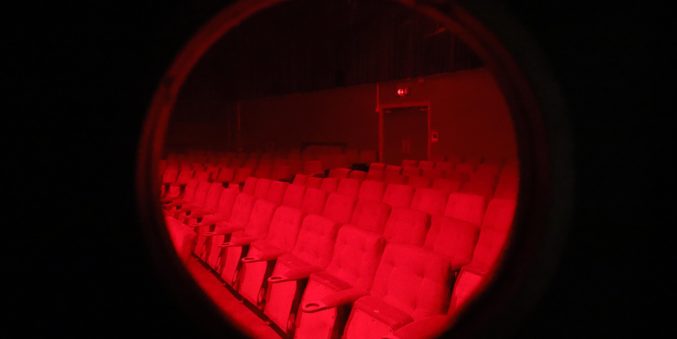