Imagine Samurai Cop in Ireland. Ireland’s first (and only) feature-length martial arts film. Filmed in the verdant backwater of Trim and featuring exactly one (completely unintentional) stunt, this is a film best witnessed in the safety of a group. Tuck your jumper into your trousers and join us, won’t you, for a kung fu classic.

As Jimmy learns the monk’s secret techniques of cutoff shorts tai-chi and kicking near small fires, The Drug Lords Gang increasingly pressures Jimmy to join them. When he refuses, the Drug Lords call ace fighter Seagull back from Hong Kong to take Jimmy out in the tournament. Jimmy’s only hope is mastering the Fatal Deviation, as taught by a man strongly resembling a drunk Led Zeppelin Hermit. 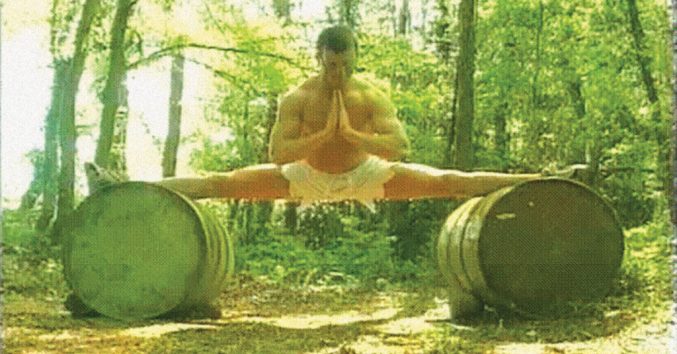