Ghouls on Film, In Dreams Are Monsters & QFT Late: The White Reindeer

A Christmassy QFT Late presented in partnership with Ghouls on Film, The White Reindeer is a vampiric fairy-tale, set amongst the starkly beautiful fells of Finnish Lapland, and one of world cinema’s criminally under-seen masterpieces.

A newly-married young woman, Pirita (Mirjami Kuosmanen), becomes frustrated and lonely as her husband, a reindeer herder for a small Arctic village, spends much of his time away from home in devotion to his work. Desperate for affection, she visits a shaman who offers a potion that makes her an irresistible object of desire, but there is a terrible cost. Pirita becomes a bloodthirsty shapeshifter who lures men out into the barren wilderness where she consumes them.

With its portrayals of gender inequality, societal pressures and sexual anxiety (represented through animal transformation, echoing Jacques Tourneur’s Cat People), The White Reindeer is a timeless classic that deserves to be rediscovered and recognised as a defining film in the horror and fantasy genres. Screening in a new 4K restoration.

Ghouls on Film is a Belfast based feminist horror film society, founded in October 2021 with the aim of increasing the representation of women and non-binary people in horror films, and showcasing those behind the camera and on-screen. 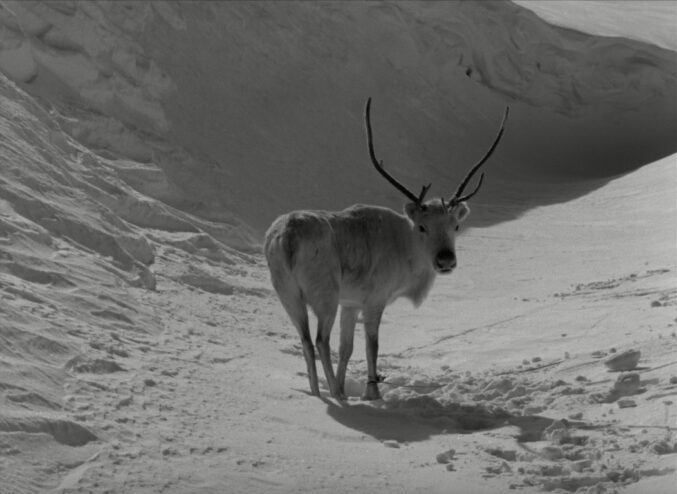