Ghouls on Film & Alliance for Choice presents a screening of the seasonal slasher Black Christmas (1974).

“The Pi Kappa Sigma sorority house is decorated for Christmas and the girls are having a party before going home for the holidays. Meanwhile, an unseen intruder breaks into the house and takes up residence in the attic. Soon the festivities are interrupted by a series of obscene phone calls, beginning with heavy-breathing, and then escalating to the insane ravings of a deranged individual.” – Robert GoldJoin Ghouls On Film this festive season for a truly terrifying portrayal of misogyny and fear, in the slasher that went on to inspire an enitre sub-genre, ‘Black Christmas’ (1974).

For this screening we will be joined by Alliance For Choice to explore the themes of abortion within this cult classic, and how those experiences still echo today.

Ghouls on Film is a monthly feminist horror film club, showing films that challenge the representations of women within the genre. Expect cult classics, independent releases and rare lesser-known films that explore how women can find agency in the world of horror. 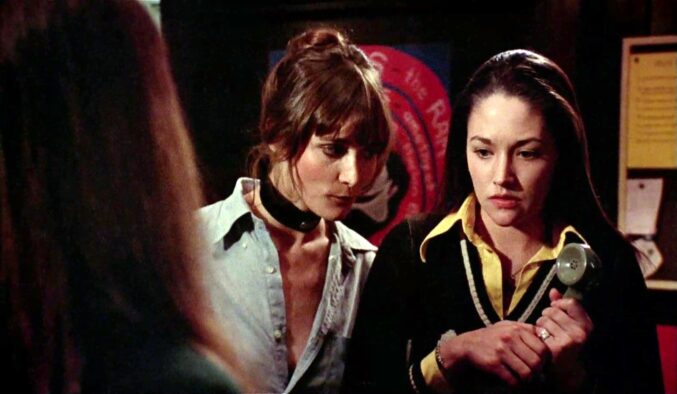