Grab the popcorn and join Oliver Jeffers for a special screening of Here We Are, an animated film based on his best selling book of the same name.

Here We Are follows a precocious seven year old who, over the course of a day, learns about the wonders of planet Earth from his parents and a mysterious exhibit at the aptly named, Museum of Everything.

Directed by Philip Hunt, this short film is narrated by Meryl Streep, and features the voices of Chris O’Dowd, Ruth Negga, and Jacob Tremblay.

Oliver will introduce the film and talk about the process involved in bringing his book to the big screen.

“Here We Are, of all my books, seems the most relevant for the world’s current reality, it began as a sort of comedic routine in pointing out the obvious but slowly it dawned on me the importance of re-remembering the basic principles of what it is to be alive on this Earth and appreciate it, right now.”

Our Place In Space
Book Tickets 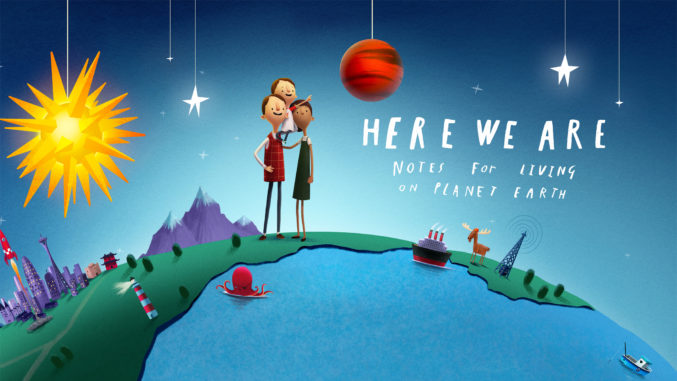