In Dreams Are Monsters: Blacula

An old victim of Count Dracula's bite is loose and stalking the streets of 20th-century Los Angeles in this Blaxploitation classic.

Presented in partnership with Wales’ International Horror Festival, Abertoir, and Bristol Black Horror Club, this special 50th anniversary screening will be followed by a pre-recorded panel discussion from the festival, with Blacula director William Crain participating.

In the late eighteenth century, Prince Mamuwalde (William Marshall) travels from Africa to Transylvania to seek Count Dracula’s help in ending the transatlantic slave trade. Instead of helping, Dracula condemns Mamuwalde to eternal life as a vampire.  When, a few centuries later, a pair of unwitting interior designers uncover his bones, the streets of 1972 Los Angeles won’t know peace until Blacula has his revenge!

Initially an attempt by AIP to cash in on the burgeoning Blaxploitation scene of the early 70s, it was commendable for being the first studio-backed horror film by a Black director, William Crain. It kicked off a memorable trend in which the genre reimagined familiar horror tropes for the African-American audiences of the 70s. At a time when even films aimed at Black audiences were predominantly made by white filmmakers, Blacula overturned that trend and set a precedent in horror history.

In Dreams Are Monsters
Book Tickets 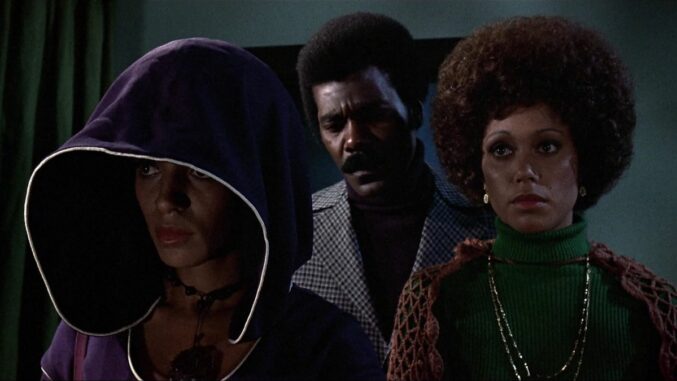