Kurt Vonnegut: Unstuck in Time is a dazzling, worthy tribute to Vonnegut and a compelling introduction for the uninitiated.

It is a deep, immersive dive into the author’s upbringing and his creative output. It spans his childhood in Indianapolis, his experience as a Prisoner of War in World War II, his marriage, family, and divorce, his early careers as a publicist for General Electric and a car salesman, and his long years as a struggling writer, leading to eventual superstardom in 1969 following the publication of his lightning-bolt anti-war novel Slaughterhouse-Five. The film began 39 years ago when young, fledging filmmaker Robert B. Weide (known for his hilarious work on Curb Your Enthusiasm) wrote a letter to his literary idol proposing a documentary on Vonnegut’s life and work.

As always with someone who was such an amazing chatshow guest - a hilarious and wonderful documentary ensues. 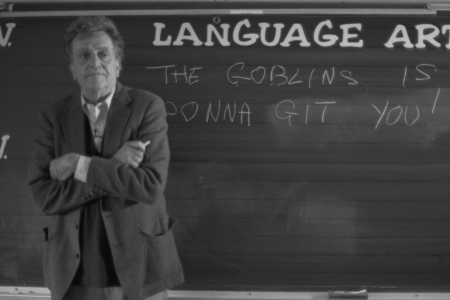