Martin McGuinness – I Fought, I Made Peace, I Made Politics

Martin McGuinness was a man that divided opinion. He also brought people together through his negotiating skills. He was a fighter and a leader, a father and a grandfather, a son and a husband.

New and exclusive interviews with the people who knew and worked alongside him tell the story of this Derry icon. We hear from Nell McCafferty & Terry Crossan, journalist Peter Taylor, Jonathan Powell, Tony Blair, David Trimble and Ian Paisley Junior. Included in this documentary is the last ever interview filmed with Martin McGuinness.

Martin McGuinness was a complicated person; he led a complicated life. He was in the media spotlight for over 40 years. He started as a revolutionary, then became a politician and then held the office of Deputy First Minister. This documentary tells his story, the story of the man, not the fight.

A landmark documentary by LIGID Léiriúcháin commissioned for TG4, S4C with support from the BAI and the ILBF. 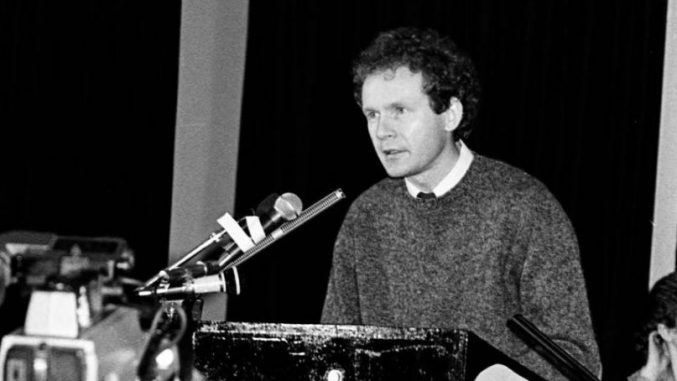