Steven Spielberg directs this heart-warming family tale of friendship between a boy and his pet alien. Young Elliott (Henry Thomas) has not had a happy home life since his parents split up. Living with his mother, Mary (Dee Wallace), he is constantly fighting with his older brother, Michael (Robert MacNaughton), and his little sister, Gertie (Drew Barrymore). 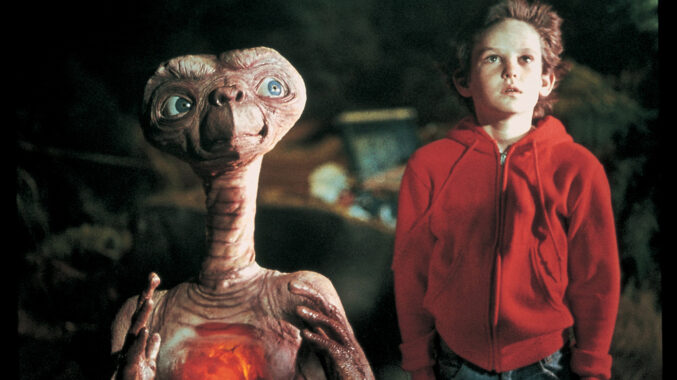