Queen's Film Theatre presents Out of Place (2022), a documentary on Limerick's rich music scene. Followed by a Q&A with the filmmakers, hosted by The Thin Air editor and critic Brian Coney.

A meditation on the role music plays in building community, exploring the tensions that emerge when musicians struggle to carve out a space for themselves in their city.

Featuring performances from Denise Chaila, God Knows, Hey Rusty, His Father’s Voice, MuRli, and Post Punk Podge & the Technohippies, Out of Place is an intimate portrayal of a local music scene, capturing the incredible diversity of cultural activity happening in Limerick City.

Exploring music made at a local level, this film follows a variety of musicians as they try to navigate their changing city, in an attempt to find places to create, perform and connect with others. This proves difficult as space provided for culture is always shrinking, turning the act of music-making into an act of defiance.

Filmed with a DIY spirit, this is both a celebration of music as a form of individual and collective expression.

This screening will be followed by a Q&A with the filmmakers, hosted by Brian Coney (The Thin Air, Pitchfork). 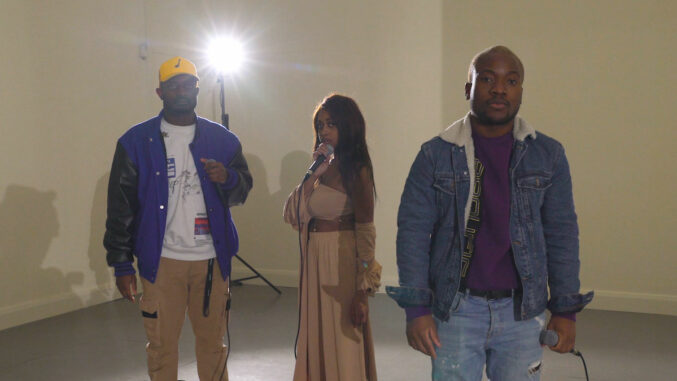