Singin’ in the Rain

An undoubted highpoint in the Hollywood story – as effervescent & intoxicating as ever, SITR has been captivating audiences since 1952, and still incredibly holds a 100% Certified Fresh rating at Rotten Tomatoes, from over 500 reviews.

It is the perfection of every element in play here, that insures its reputation as one of the best movie musicals ever remains untouchable. In Gene Kelly, the silver screen never had such infectious charm, wit & otherworldly dancing prowess – his Don Lockwood character and performance are an absolute benchmark of excellence. The plot is certainly not extraneous here amongst all the musical entertainment – it depicts how the Hollywood transition from silent pictures to ”talkies” had an enormous impact on the whole industry, not least the performers. Donald O Connor & Debbie Reynolds are equally superb in the supporting roles, but this is unquestionably Kelly’s show – a peerless performance from the legend. A rare chance to enjoy this stone cold classic on the Big Screen – don’t sleep! 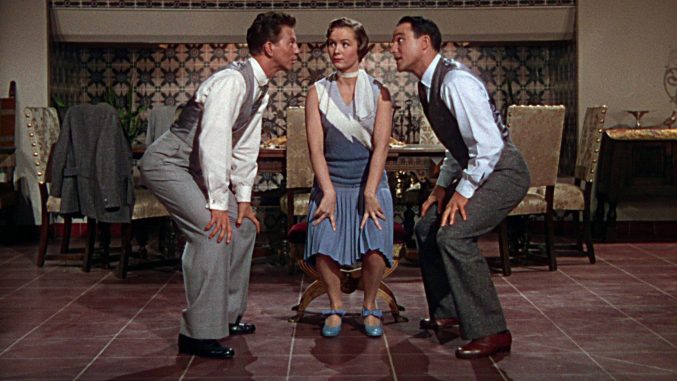