Song of the Sea and VR Workshop

The enchanting Irish animation Song of the Sea tells the story of Ben and his little sister Saoirse – the last Seal-child – who embark on a fantastic journey across a fading world of ancient legend and magic in an attempt to return to their home by the sea.

This award winning film is another gorgeous hand-drawn animation by Irish animator Tom Moore - indeed, it’s been hailed as one of the most blissfully beautiful films ever made! It is inspired by Celtic magic and folklore: this time by the ancient Irish legend of the Selkies, magical beings who live as seals in the water and as humans on land.

Ben and his sister Saoirse (who hasn’t once spoken even though she is six years old) live on a rocky island where seals bob up to watch their every move. When their father sends them off to live with their gruff granny in the city, the unhappy duo plan their return – and aided by a horde of ghostly but kind creatures, they face many adventures along their way. Will Saoirse discover the secret of their past and find her voice? 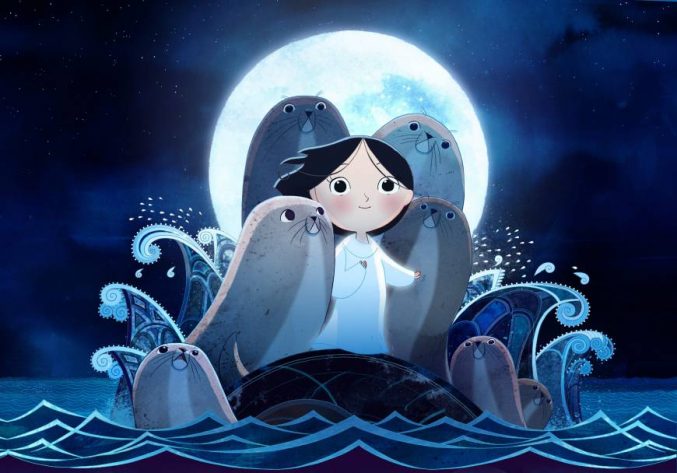