Steelchest, Nail in the Boot and the Barking Dog

A documentary about the Belfast shipyard, Harland and Wolff, as told in story and song by those who make their living there.

A Flying Fox Films Production for Channel 4.  Filmmaker David Hammond’s other documentaries include Dusty Bluebells (1973), Beyond The Troubles (1994) and the acclaimed six-part series, David Hammond’s Ireland (2004).

Tickets for the film are free.

This screening is supported by Film Hub NI. 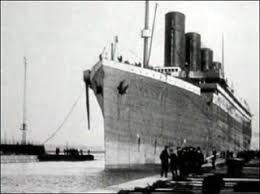