Sometimes a dog runs the wrong squirrel up the right tree - or at least this is the case for Shirlee Kenyon. Starring Dolly Parton and James Woods, this is a story about walking through the wrong door at the right time and accidentally becoming Chicago's newest talk-radio host.

Leaving her boyfriend and rural life in Arkansas behind, Shirlee Kenyon (Dolly Parton) moves to Chicago and seeks employment at a radio station. When a mix-up finds Shirlee sitting in as the host on a show for call-in advice, her common-sense wisdom wins over fans.

Soon she's "Doctor Shirlee," an in-demand on-air personality, but, of course, she's lacking in the proper credentials, a fact that journalist Jack Russell (James Woods) already suspects. Will Shirlee be able to keep her new gig if the truth gets out?

Dolly Parton composed ten original songs for the film soundtrack, including a re-recording of her 1976 Light of a Clear Blue Morning.

To coincide with their Blue Smoke exhibition, The Naughton Gallery has partnered with QFT to curate a Dolly Parton season as part of their collaborative SCREEN/PRINT project. Running through April and May 2022, Dolly on Screen will feature screenings of four Dolly Parton films, celebrating her iconic career. 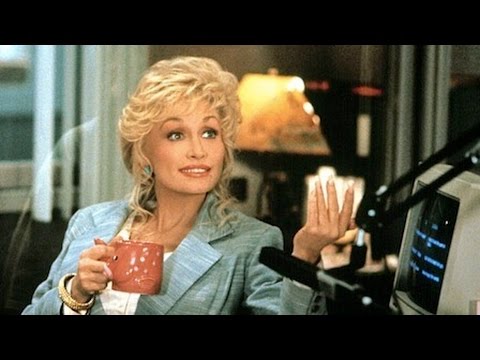