August is turning out to be one of the busiest months for independent Northern Ireland exhibition. Thanks in part to the return of Docs Ireland, which will be running with an expanded, hybrid programme, combining in-person screenings with virtual selections, from the 25th to the 29th, in what is now the festival’s third year. More on the festival and its line-up in an upcoming special edition of this blog. 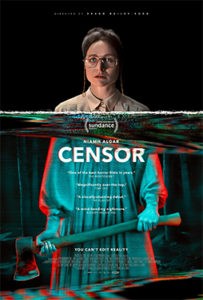 Meanwhile, over at the Queen’s Film Theatre there are a couple major, new releases playing from the 20th until the 26th. Censor (2021) is a horror film, starring Irish actor Niamh Algar as a film censor in the 80s who begins to draw strange connections between a mysterious film she sees and her sister’s disappearance. Pig (2021) is a drama starring Nicolas Cage as a recluse living out in the woods along with his prized, truffle hunting pig. When one day his pig is kidnapped, he is forced to return to civilization and confront his past. And on the 21st, the QFT Late strand returns with a special screening of Total Recall (1995), the madcap science fiction spectacle directed by Paul Verhoeven and starring Arnold Schwarzenegger. 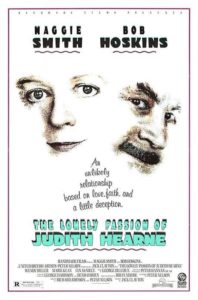 To celebrate the centenary of the birth of the great Northern Irish-Canadian novelist Brian Moore, there will be a series of events held across the city as part of the Brian Moore at 100 project and the Paradosso Theatre’s Lonely Passions: The Brian Moore Centenary Festival. In the QFT, there will be a 3 day, 3 film season of films adapted from his writing. This includes, on the 22nd, The Lonely Passion of Judith Hearne (1987) starring Maggie Smith in the eponymous role as the isolated spinster, with Bob Hoskins playing her suspicious suitor. On the 23rd, you can see Paul Newman and Julie Andrews in Torn Curtain (1966), a late film and a tale of espionage from the great Alfred Hitchcock, based on a script by Moore. And then on the 24th, there will be a screening of Cold Heaven (1991). Based on the novel of the same name and directed by Nicolas Roeg, it stars Theresa Russell as a woman whose plan to end her unhappy marriage quickly turns awry, then extraordinary, leading to an unexpected spiritual crisis.

The Strand Arts Centre will also be joining in with this celebration of Moore. On the 23rd you can attend a screening of the documentary, Writing Home, Brian Moore (2007), followed by a discussion with featured local actor Dan Gordon, and on the 24th, there will be a screening of The Temptation of Eileen Hughes (1988), a unique TV film adaptation of the Moore novel with a script by Moore himself. 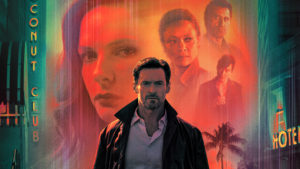 Also at The Strand, you can see Censor, which will be playing from the 20th. Along with Reminiscence (2021), a science fiction-tinged thriller starring Hugh Jackman as a detective with the ability to dive into his clients’ pasts, which leads him into the grip of an obsession and a sinister conspiracy when he encounters Mae (Rebecca Ferguson). 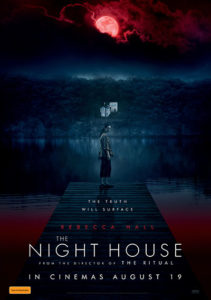 At Movie House Cinemas, you will also be able to see Censor and Reminiscence, running from the 20th, with the exact sites to be confirmed. From the 18th, at City Side, Glengormley and Coleraine, they will be showing Snake Eyes (2021), a spin-off of the action series G.I. Joe. While also from the 20th, you can see People Just Do Nothing: Big in Japan (2021), a showbiz satire about a Brentford pirate radio station on its last legs, until they suddenly find fame and fortune in Japan. The Night House (2021) is a ghostly thriller about a widow (Rebecca Hall) delving into her late husband’s past. While Barbie: Big City, Big Dreams (2021) is new, big screen version of the classic children’s doll.

The 27th is another big day of new openings at Movie House. AINBO: The Spirit of the Amazon (2021) is another family friendly animation. A magical adventure about saving the rainforest. While Candyman (2021) will be a grislier affair, as the direct sequel to the classic 1992 horror about an urban legend come to the life to seek revenge. While Redemption of a Rogue (2020) is a blackly comic, Cavan-set tale of a prodigal son, and the screen directorial debut of playwright Philip Doherty.

Information about in which of the four Movie House locations these titles will be showing can be found by consulting the Movie House website.

QFT, The Strand and all Movie House sites offer subtitled screenings, dependent on the title and the showing, and free carer tickets. More information about this can be found on their respective websites.

You can find Covid-19 safety information for each venue here: