There are many films to see in Northern Irish cinemas in the run up to Christmas. 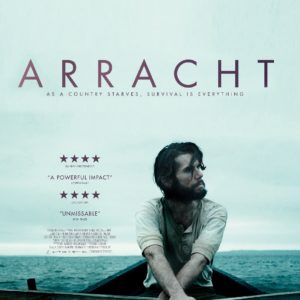 Nowhere Special (2021) continues its Film Hub NI Collective supported run with a Subterranean Community Cinema showing on the 3rd at the Omagh Community House. Followed by a Braid Film Theatre screening on the 4th in Ballymena’s Braid Arts Centre and a Fermanagh Film Club screening on the 8th in Enniskillen’s Ardhowen Theatre. The Fermanagh Film Club will also be showing the dark Zambian satire I Am Not a Witch (2017) on the 15th. While at the Newcastle Community Cinema, you can see horror sequel Don’t Breathe 2 (2021) on the 3rd, Irish-language period drama Arracht (2021) on the 11th and daring documentary Midnight Traveller (2019) on the 14th.

At the Queen’s Film Theatre, you can still see new releases Drive My Car (2021) and The Power of the Dog (2021), both showing on the 30th of November, and Petite Maman (2021) on the 1st & 2nd. You Will Die At Twenty (2019), a Sudanese coming of age drama, will be playing up until the 1st. And up until the 2nd you can catch Rebel Dykes (2021), a mix of animation, archival footage and interviews that evoke Lesbian life in 80s London, and Breaking Out (2020), a documentary on Fergus O’Farrell, frontman of Interference. The Outsiders: The Complete Novel is a new cut of Francis Ford Coppola’s star-studded 1983 adaptation of the classic S.E. Hinton Novel, and Spencer (2021) which captures a few key days in the life of Princess Diana, as played by Kristen Stewart.

The French Film Festival concludes with women’s soccer documentary The Squad (2020), on the 1st, and classic political thriller Z (1969) on the 2nd. And then further into December there will be a host of new titles and seasonal offerings. Between the 3rd and the 8th, they will screen The Hand of God (2021), the new, autobiographical film from Italian director Paolo Sorrentino. From the 3rd to the 9th there will be showings of the classic, Christmas themed Ernst Lubitsch comedy The Shop Around The Corner (1940), starring Jimmy Stewart and Margaret Sullivan. Also playing from the 3rd, though running until the 16th, is C’mon C’mon (2021) which stars Joaquin Phoenix as a journalist who finds himself, temporarily but unexpectedly, having to look after his young nephew. The 4th will be a busy day for special screenings with Arsène Wenger: Invincible (2021), a portrait of the tenured former Arsenal manager, and another round of the BFI Film Academy Recommends Animated Shorts. On the 5th, there will be a screening of The Nowhere Inn (2021), a meta-documentary starring musicians St. Vincent and Carrie Brownstein of Sleater-Kinney. While on the 10th, International Human Rights Day, you can see Shadow Game (2021), a far-reaching documentary on young refugees, followed by a panel discussion on the topic of children and asylum-seeking.

By the 10th, the QFT’s Christmas season will be in full force with Die Hard (1988) playing until the 12th, The Apartment (1960) on the 11th, 13th & 14th, Home Alone (1990) from the 11th to the 16th, and again closer to Christmas, and It’s a Wonderful Life (1946) which will be running from the 12th till Christmas Eve. More titles from this season will feature in the next entry of this blog. There will also be some new releases during this period, such as Hope (2019), a Swedish relationship drama starring Stellan Skarsgård, and Lamb (2021), an atmospheric horror starring Noomi Rapace.

Cinemagic also will be showing plenty Christmas movies this December. In the Ulster Museum, they will be presenting screenings of Santa Claus: The Movie (1985) on the 4th, Miracle on 34th Street (1994) on the 5th, Elf (2003) on the 11th and The Grinch (2000), It’s a Wonderful Life, The Muppet Christmas Carol (1992) and The Polar Express (2004), all on the 12th. Elf is a particularly popular title this season. It will also be playing on the 11th, followed by The Holiday (2006) on the 12th, at Bangor’s Bloomfield Shopping Centre Drive-In, courtesy of Belfast Film Festival. 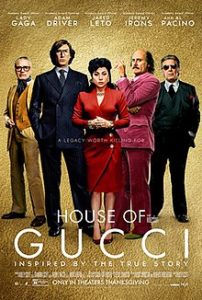 At the Strand Arts Centre, they will be concluding their Japan season on the 30th with the epic Shin Godzilla (2016). They will have an array of Christmas titles on display with Elf on the 2nd, The Muppets Christmas Carol (1992) on the 4th, It’s a Wonderful Life on the 8th, Die Hard on the 9th and Home Alone 2: Lost in New York (1992) on the 11th, with more screenings to come. Currently you can see new releases Ghostbusters: Afterlife (2021), Eternals (2021), House of Gucci (2021) and The French Dispatch (2021), with the new remake of West Side Story (2021), directed by Steven Spielberg, playing from the 10th. Along with a movie version of Clifford the Big Red Dog (2021) and the new Marvel movie, Spider-Man: No Way Home (2021) which begins its run on the 15th.

Ghostbusters: Afterlife, Eternals and House of Gucci are also available to see at Movie House Cinemas’ locations, along with West Side Story, Clifford the Big Red Dog and Spider-Man: No Way Home from their respective opening dates. From the 3rd, you will also be able to see Resident Evil: Welcome to Raccoon City (2021), a reboot of the action-horror franchise based on the classic video game.