There’s a lot to see in Northern Ireland’s independent cinemas as 2021 draws to a close. 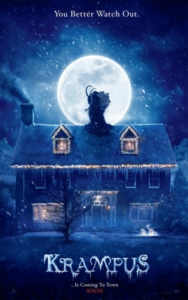 The region’s community cinemas are especially active with many Christmas themed screenings. On the 15th, the Ormeau Community Cinema in Belfast will be screening the dark but comedic seasonal tale Krampus (2015) in The Pavilion Bar. While the Newcastle Community Cinema will be showing It’s a Wonderful Life (1946) on the 18th and The Muppets Christmas Carol (1992) on the 19th. The Roe Valley Arts & Cultural Centre in Limavady will also be showing It’s a Wonderful Life on the 23rd and the Ghouls on Film series will be screening cult British horror Symptoms (1974)in the Black Box on the 19th. 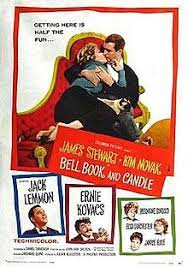 Over at the Queen’s Film Theatre, they are also continuing their festivities. Their run of It’s a Wonderful Life will be continue right up to Christmas Eve and there will be screenings of The Shop Around The Corner (1940) until the 17th, Elf (2003) on the 17th and then from the 19th to the 23rd and The Muppets Christmas Carol from the 17th to the 24th. On the 17th they will be showing the Eddie Murphy and Dan Ackroyd comedy Trading Places (1983) and on the 18th, rowdy queer comedy Tangerine (2015), Batman Returns (1992) and Home Alone (1990), and on both the 17th and the 18th, Carol (2015) a moving melodrama starring Rooney Mara and Cate Blanchett and directed by Todd Haynes. On the 19th and from the 22nd to the 24th, you can see National Lampoon’s Christmas Vacation (1989) starring Chevy Chase. Paddington (2014) will also run the 19th to the 24th, the fantastical comedy Bell, Book and Candle (1958), starring Kim Novak and Jimmy Stewart, will play on the 19th and 20th and Gremlins (1984) on the 20th. 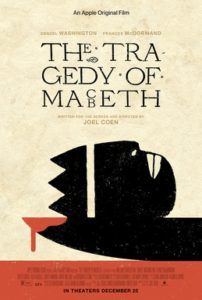 There’s also plenty of new releases and revivals arriving to the QFT in the coming weeks. The Lost Daughter (2021) starring Olivia Colman and directed by Maggie Gyllenhaal from a novel by Elena Ferrante, will run from the 17th to the 23rd. To The Moon (2020), an archival collage and tribute to the link between cinema and the moon, directed by Irish filmmaker Tadhg O’Sullivan, will run from the 26th to the 30th. While The Tragedy of Macbeth (2021), a new version of the Scottish play starring Denzel Washington and Frances McDormand and directed by Joel Coen, will run from the 26th to the 6th of January. Titane (2021), the award-winning French horror film, will also have a new year run from the 31st to the 6th. The Story Of Film: A New Generation (2021), Mark Cousins’s follow-up to his own epic series, will run on the 27th and the 28th, and from the 26th to the 30th, you can see the 1961 version of West Side Story. Concurrent with the new Steven Spielberg directed remake, out now in other cinemas. 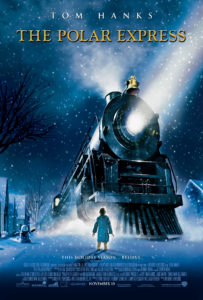 Including the Strand Arts Centre, where you can not only see the new West Side Story (2021) but the latest Marvel movie Spider-Man: No Way Home (2021). Opening on the 22nd is another long-awaited sequel, The Matrix Resurrections (2021), starring Keanu Reeves and directed by Lana Wachowski, and from the 26th the third Kingsman movie, The King’s Man (2021) starring Ralph Fiennes, will play. The Strand also have their share of Christmas titles with It’s a Wonderful Life on the 16th, Elf on the 18th and a host of screenings on the 24th, including Home Alone 2: Lost in New York (1992), Elf and The Muppets Christmas Carol. Cinemagic will also be continuing their Christmas run with screenings of The Polar Express (2004) in the Ulster Museum and a single showing of Home Alone in The Black Box, both on the 18th. 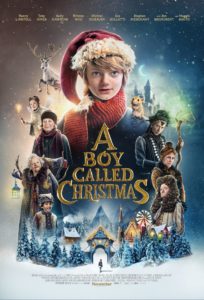 Movie House Cinemas are also showing the new West Side Story and Spider-Man: No Way Home and will be playing The Matrix Resurrections and The King’s Man from the abovementioned dates. They are running other new Christmas-themed releases including the family-friendly adventure film A Boy Called Christmas (2021), starring Maggie Smith, the romantic comedy Boxing Day (2021) and Will Smith starring drama King Richard (2021). In the coming weeks the older Christmas titles include Home Alone, Home Alone 2, How the Grinch Stole Christmas (2000), Elf, Die Hard (1988), Die Hard 2 (1990), Love Actually (2003) and It’s a Wonderful Life.