In this blog series, Ruairi McCann takes a deep dive into some of the foundational films that have come from this part of the world. This week, he considers Donal Foreman's The Image You Missed. Foreman's documentary essay explores the work and legacy of his estranged father, Irish-American filmmaker Arthur MacCaig.

Anyone tuned into the public discourse on the Troubles, post-1998, will have inevitably heard the declaration that the conflict’s legacy must be confronted.

This word, ‘legacy’, could be unspooled any number of ways, with one of the most valuable being that it is a stand-in for historiography. Or that, as living memory, raw and diffuse, is being abbreviated and arranged into readable historical narratives, it is the citizen’s duty to interrogate this process; to ask under what banner and by which criterion will certain events and perspectives be included while others are left by the wayside. 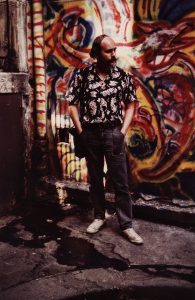 Arthur MacCaig (1948-2008) was a figure that took this responsibility seriously, to the extent that he made it a lifelong commitment. Despite being an American in Paris, he devoted the lion’s share of his vocation as a documentarian to chartering the socio-political condition of Catholics in Northern Ireland. His films, ranging from The Patriot Game (1979) to his final work A Song for Ireland (2001), present interviews with nationalists and a fly-on-the-wall view of their lives and its daily oppressions in an didactic style that is not just in simpatico but also in solidarity with the Republican movement. His explicit intention was to refute the official line, that the discord in Northern Ireland was a sectarian dispute, and instead make his case that this was a colonised proletariat in revolt against a colonising elite.

Filmmaker Donal Foreman cuts things a little differently, though not in the sense that he opposes MacCaig. Rather, he is interested in finding the line where the filmmaker’s objectivity ends and the man begins. This interest stewed for many years until it finally produced his second feature, The Image You Missed (2018), an essay film that uses excerpts from MacCaig’s body of work, his archived words and interview presence, in conjunction and contention with Foreman’s own films and presence, to construct an explanation of this outsider filmmaker. Foreman is operating from an intimate impulse, since MacCaig was Foreman’s father and though their relationship was almost completely estranged in person, it found an embodiment in the son’s experience of his father’s films.

A second life is suggested here through Foreman’s remarkable skills as an editor, which get an impressive airing, early on, with a post-opening credits sequence. Footage of Foreman searching through his father’s materials, MacCaig’s own footage of the Provisional IRA on maneuvers, and news roll of Margaret Thatcher flanked by press are joined into a single, flowing take.

This layered manuscript of not only different genres of images, but different perspectives, is therefore a microcosm of the film’s approach, images commenting on each other through collision, as well as its near constant state of revision and cross-comparison.

A continuous experience of time and space may be nowhere to be found, but the film is not a totally discombobulating experience, as it is anchored by Foreman’s narration and his complex treatment of MacCaig.

It includes no small degree of respect for his father’s confidence in his political beliefs and the lack of compromise in their translation to screen, against which Foreman’s own development, either as a child making his first tentative forays into image-making or as an adult pulled in multiple directions by multiple interests, is often used as a foil. Neither is the undeniable power of MacCaig’s films lost in the analytical soup, with their on-the-street immediacy and their subjects’ candidness, which was the result of years of hard, compassionate work spent building trust.

And yet this admiration is matched by a deep ambivalence. This is expressed by countering MacCaig’s conception of his own cinema – that it is simply other people’s experiences, with him an auditor, objectively recording, rather than an author, interfering and imposing – with a feverish highlighting of moments where MacCaig does appear, either on screen or soundtrack. The sight of INLA graffiti, which in its original placement is just a single shot, quickly passed over by MacCaig, is singled out by Foreman as an example of reality contradicting his father’s very streamlined formulation of republicanism. 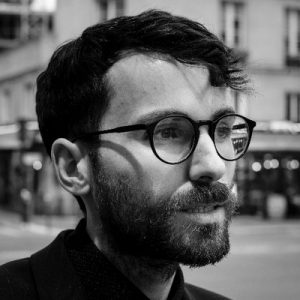 Music is also used as an effective critical tool. The score, an exquisite corpse of experimental electronics and free jazz, stitched together from the work of three different composers, is so alien to the places and lives on-screen that it distances the viewer and encourages a less passive and more speculative approach to the material. It is no accident that is contrary to his father’s sense of acoustics, with rebel songs used profusely by MacCaig to hammer his view home, rather than to question it.

Murals also feature heavily in MacCaig’s work and they appear in this film too, in a montage contrasting MacCaig’s framing with latter-day footage. The meaning of these symbols of collective self-expression mutates from political art, under MacCaig’s lens, to commodities of the tourist trade in Foreman’s.

This investigation into wider representational issues reaches its culmination in the film’s midsection with the introduction of the other filmmaker in the family, Foreman’s maternal grand-uncle, Sean Brennan.  Brennan’s film work, which stars his family in slapstick, fantastical plots, suggests for Foreman an Irish identity whose militant edge ended as an active concern with an earlier Civil War and become instead a question of remembrance. This is a far cry from MacCaig, who was raised in the Irish-American milieu, and held the disapora’s view of an Ireland that was synonymous with struggle: the Troubles were, for him, a natural object of concern.

Of course, there is more to Foreman’s incessant mixing of his father’s work and his, of his father’s image and his, than scrupulous cultural criticism. A sense of longing is sometimes stated and almost always implicit. It becomes though, almost overwhelming with one particular recurring strand: the reading of letters that MacCaig sent to Foreman’s mother, Maeve, over the span of several years. The letters serve to flesh out MacCaig’s life as a principled artist, while showing that the other side of the coin of sticking to your guns is financial instability.  They also form a record of MacCaig’s abdication of paternal responsibility, which Foreman ingeniously underscores by leaving out Maeve’s side of the correspondence, save for one letter near the end. The effect of this sudden release of anger and disappointment, buoyed by the accumulative power of its absence, is devastating. It is a moment of profound and actual loss in a sea of shifting meanings.

The Image You Missed is available on Vimeo On Demand, here.